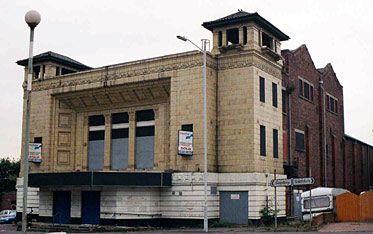 SALFORD, ENGLAND — It looks like the end is in sight for the wonderful Ambassador Super Cinema. Somehow, this building has remained virtually intact and in great condition with most of its original fittings.

THIS IS RUBBISH — if you look at this report from the Manchester online, it’s clear the decoration is still present.

This week a security fence has gone up around the site and a bulldozer sits in the car park. Draw your own conclusions.

Goodbye Ambassador Theatre ,it is a pity a city like London so rich in History could not save this movie theatre.