NOTTING HILL, ENGLAND — The historic Coronet Theatre is up for sale and may close as a cinema for the first time in its 105-year history, according to this report in the BBC News.

Both its exterior and interior remain intact and thankfully the building is listed [as an historic structure]. However, it could end up as a church and therefore not open to the general public. Check the link above for the full news item about the battle to save the theater, and for a recent image of its exterior.

In the film Notting Hill, Hugh Grant and Julia Roberts are seen watching a film sitting in the Coronet’s balcony.

This was also London’s last smoking cinema, and, although its a bit shabby, it’s full of charm.
The area is luckily also served by two of Londons best independent cinemas with their fabulous historic interiors: the Gate (almost next door to the Coronet) and the nearby Electric on Portobello Road. 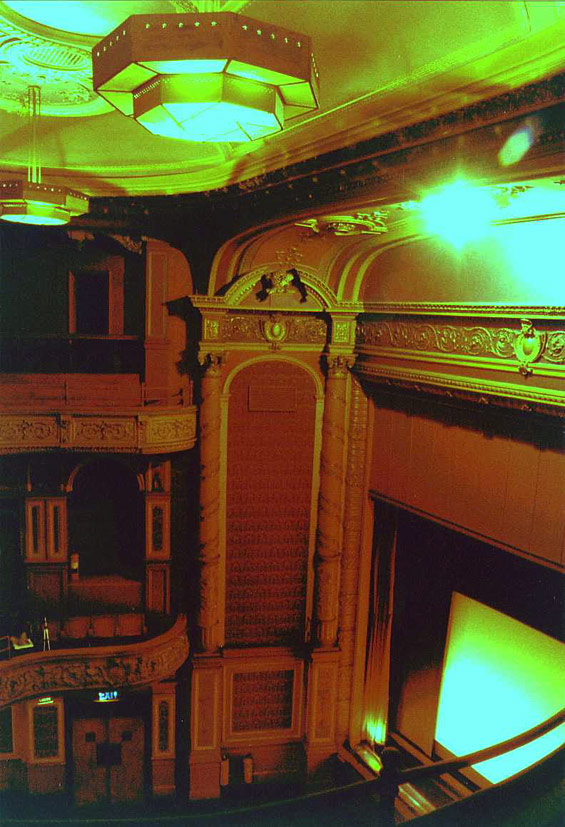 latest news is that easycinema are looking at buying the Coronet as their London flagship, thankfully being listed they cant paint it orange, this will keep it as a cinema but i cant help feeling that its the next worst option to closure