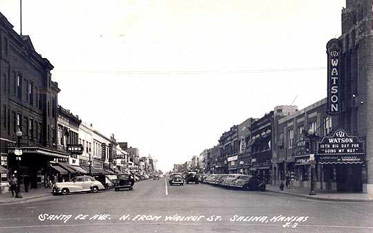 SALINA, KS — The Stiefel Theatre for the Performing Arts, formerly the Fox Watson Theatre, was among five winners of the 2004 Preservation Awards from the Kansas Preservation Alliance.

The Topeka, Kansas based Preservation Alliance is a nonprofit group dedicated to advancing historic preservation. There are 10 projects nominated for the statewide awards and the agency picked the top five.

The Stiefel Theatre was a $2.5 million project to restore the Fox Theatre, a movie theatre that opened in 1931. The awards will be presented April 29 in Wichita, Kansas.

Yours is an encouraging story! I grew up in Kansas, and it is good to know that my home state is strong in historical preservation. Congratulations!

Wheres Emma Watson?? I typed Emma Watson in search and know disregaurd, but it gave me two theaters and I clicked news bow.