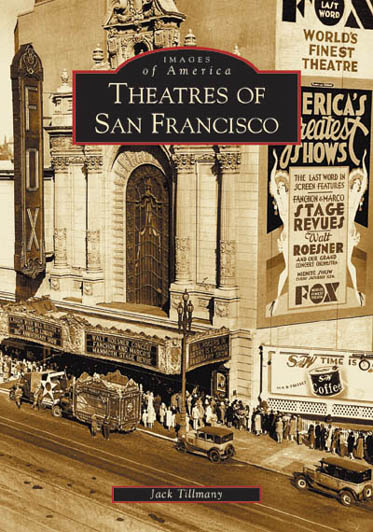 “Single Screen Theatres to the Ever-Present Multiplexes. This is what has become of the theatres of San Francisco. Cinema native Jack Tillmany attempts to approach the questions that surround this suddenly fading pastime. Why did these simple and popular theatres close? Come find out as Tillmany gives a very factual account of these famous theatres.

Features from Theatres of San Francisco:

• Factual information that answers the San Francisco theatres' questions so many are asking
• Photographic history trail from the single screen theatres to the ever -present multiplexes
• A glimpse at the amazing, stunning, and elegant architecture that was once the grand theatres of San Francisco
• A reminder of the simplicity in single screen theatres and the reasons why most of these theatres are now out of business

Jack Tillmany, former owner of the Gateway Cinema in San Francisco and a revival programming pioneer, brings the city’s theatres to life in this amazing selection of vintage images. Drawing his personal archive collected during a 30-year career in cinema management, he paints a detailed story of the golden age of theatre, both live and cinematic.

Available at area bookstores, independent retailers, on-line bookstores, or through Arcadia Publishing at www.arcadiapublishing.com or (888) 313-2665." 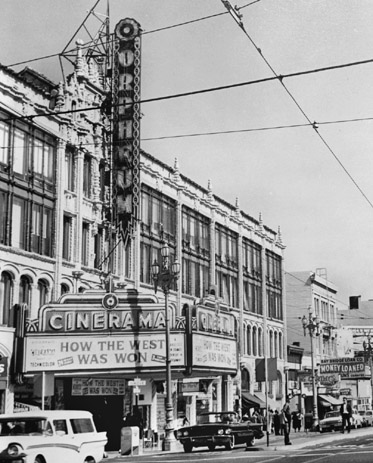 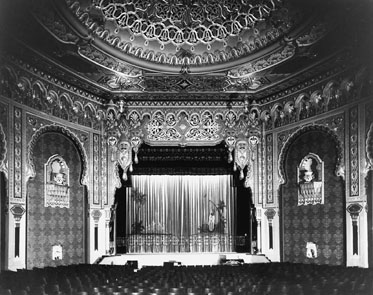 “Jack Tillmany was born and raised in San Francisco, California. He graduated from the University of California in Berkeley, and served as a commissioned officer in the United States Army for two years. He then returned to San Francisco and began his career managing motion picture theatres throughout Northern California.

In 1970 he took over operation of the Gateway Cinema in San Francisco and introduced full-time revival programming which became his and the Gateway’s trademark for the next ten years. He retired from theatre management in 1981 and has since devoted his time to research and consultation. For the last five years, he has been one of the world’s leading contributors to the Internet Movie Database, with nearly a million lines of documented information to his credit.

Jack’s collection of data and photographs of Northern California theatres, amassed over a period of fifty years, is second to none, consisting of thousands of images of every conceivable location, as well as factual information as to openings, name changes, and closings. In Theatres of San Francisco, over two hundred photographs, accompanied by informative and entertaining text, provide the reader with an inside view of this fascinating, never before examined subject."

Arcadia Publishing has also furnished us with a short interview with Tillmany:

“How did you come up with the idea for the book?

I have been helping other people with other books- Lorri Ungaretti and Richard Brandi. One time John Poultney, editor, came over to my house to scan some photos and suggested that I do book on theatres and I know most about them. It was that easy!

How long did the project take?

I was lucky because researching movie theatres was always hobby of mine; I used to manage them. Realistically, I spent forty years on research and had all the files and pictures. With that said, I may have set a record: it was only one month to put everything together.

What new things did you learn about your subject from researching the book? Did anything surprise you? Did you uncover any lost hidden treasures or secrets?

Nothing new really. It did, however, require a little updating, who is running what now. Bring myself up to date was a little difficult because I am not mostly concerned with that. In addition, I am not as familiar with the multiplexes, and I added some brief information on them. There were no real surprises, but there are quite a few theatres I am missing photos of (the same ones kept coming up missing) and hopefully someone will find them and send them to me!

Why do you think people will enjoy the book?

Right now there are so few of the old theatres left, and people are finally coming around being interested in them. When things become commonplace, no one cares much about them. But when there are only a few left, historians and other people start to become interested: they are a dying breed. And among people who have no basis about the theatres, it kind of becomes trendy. I wanted to do it right…the interest is almost intense! It was just a good time to do the book!

What will the media find most interesting about the book?

The same as interesting the media. I have become sort of the unofficial source about the theatres. I get so many emails from people I don’t know who are doing historical research about San Francisco and they want to involve theatres. The media will help in getting answers to these people’s questions. That is what I was focusing upon: the answers for other people’s questions.

Is there anything else you want the readers to know?

Since no one has covered this specific topic before, I was trying to be factual as possible. Almost every picture has dates, streets, locations, etc.., not just a glossy blurry view. It is all facts, almost an encyclopedia type which has never been made public before. There is a group called “Save our Single Screen Theatres,” and when you are on the inside looking out, you get a completely different view. In my book I tried to answer the questions ‘Can single screen theatres survive?’ and ‘How?’ ‘Why are they closed?’ What is with the Multiplexes future?‘ I have given the cold hard facts. My take? The day of the single screen theatres is over…it is all about economics."

I placed my Order for this Wonderful Book just minutes ago
only $13.59 through Amazon, Plus of course a copy of Cinema Treasures will accompany the order, I remember as a Child
going down Market Street with my parents observing the destruction
of the FOX theater, To this day I can still see it in my mind and
its distrubing what a Terrible Loss, But books like this and a Movie I have of the Final days of the Fox keeps the memory alive.

With all my Heart to the Author – THANK YOU
BUD

This is a long, long, overdue gem! I intend to get this as soon as possible.

Wonder if there’ll be something about the non-SF theatres in Tillmany’s files (such as in the East Bay)?

I met Jack Tillmany a couple of years ago and asked him about writing a book on SF Theatres. His reply was something like “No, I’ll leave that to others!”. Obviously he has changed his mind and that’s really good news! Nobody knows more about Bay Area theatres than Jack Tillmany or has such a good photo collection on them. I can’t wait to get this one! Hopefully we will sequel a sequel covering the rest of the Bay Area.

Bought a copy of this fantastic book this afternoon at my neighborhood Noe Valley bookstore. What a gem it is. I’ve lived in the Bay Area all my life and here in the City since 1969. So much has been lost but this book makes it all come back to life. Thanks so much to Jack Tillmany for his efforts.

Since this book is so popular are theatre books being planned for other major cities?

A book on theatre marquees would be great, too as so many of the very large vertical ones have disappeared over the years.

Excellent book! I met Jack when he ran the Richelieu and Gateway cinemas in SF. I hadn’t paid much attention to old movies when they were on TV, but when I saw them at his theatres I was fascinated and seeked them out. Then I became intrigued by the theatres themselves and what it must have been like for people of the 1930s and 40s to go to these ornate palaces to see those movies.

My first experience with a major movie palace, and coincidentally one of the photos on this screen, was the showing of “How the West Was Won” at the Orpheum in SF. It was in Cinerama, a last-ditch wide-screen effort to do something that couldn’t be done on TV. The presentation was a fairly formal occasion. I remember the theatre being huge, the attendants well-dressed, and the concession stand selling a special keepsake book about the movie, etc., making it a Special Event.

The book is a treasure.

Thanks to everyone who took the time and trouble to post these most favorable comments. They are really appreciated! I’m glad the book found its audience! Those who asked about the East Bay will be interested to hear that Theatres of Oakland is now in the oven and should appear before the end of the year, covering about sixty sites
with around 200 photos and all the usual documentation. Once again, I will be at the Castro Theatre Sunday July 16th, in conjuction with the San Francisco Silent Film Festival, so stop by and say hello,
and I’ll sign my San Francisco book for you.

Are there other Images of America that cover theatres in other cities besides San Francisco?

There’s one on Southern New Jersey; there may be others; best to check their website.

Tillmany: Thanks and have a good CT theatre day!

What a Great Book!

I agree will try to get a copy.