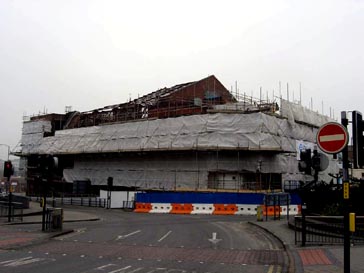 The following was sent in by Ian Grundy:

All three closed in 2000 and have been unused since. The cinema was aslso called MGM towards the end."

can anyone send me any pictures of the demolition..

Many thanks ( I did the Ambassador photo’s)