The Eighth Wonder of the World turns 75! 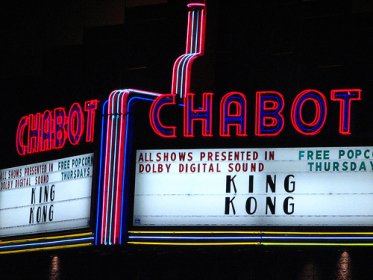 March 2, 1933 was a milestone date in movie history! That was the day that the legendary RKO motion picture, KING KONG, made its New York City premiere at Radio City Music Hall and it’s sister theater, The Roxy. It was a giant box office succes, despite being released in the midst of the Great Depression, when money for movies, even at 10 cents a ticket, was scarce. Over the past 75 years, King Kong has become one of the most, if not the most, iconic movie figure in history.

Now, while I cannot claim to be any kind of King Kong expert or geek/freak, here are some fun facts you may find interesting about this film:

KING KONG has spawned sequels, remakes, Japanese adaptations, merchandising and even a cartoon series in the 1960’s. He glorified the Empire State Building only a year after it had opened to the public.

On Sunday March 2nd, for one day only, there will be two showings of the original film at the Film Forum at 209 West Houston Street in New York City. For myself, I probably won’t be able to get to the city that day, but I’ll have my 2-disc Special Edition DVD waiting for me to enjoy!

(Thanks to pbo31 for providing the photo.)

It was a sincere pleasure to write this!

The first time I ever saw the original KING KONG was bits and pieces on television in the early ‘70s. The 1976 remake was actually the first PG-rated film I ever saw on screen! By the late '70’s, I finally saw the entire original film on TV when it was broadcasted on the WOR-TV Channel 9 Thanksgiving monster marathon.

I have only seen KING KONG on screen once; in 1992 at the 8th Street Playhouse in New York City (when it was still open) as a double feature with CITIZEN KANE.

Love Movies: I can’t prove this – maybe someone else can – but I believe the second movie to be shown on Channel 9’s Million Dollar Movie was “Citizen Kane”.

I was so young when I first saw “Kong” on Channel 9 that Fay Wray was the first movie star’s name I was ever conscious of. It was a great privilege to be able to pay my respects to her in Hollywood, 2005:

Bill, I don’t think you have to prove it. I believe I read that about that somewhere myself.

As I mentioned, I probably won’t get the chance to catch it’s one-day-screening on March 2nd. If anybody else sees it on screen that day, be sure to let us know what the experience was like.

Remember back in 1983 when they placed an inflatable King Kong atop the Empire State Building and the wind was causing it great trouble? They should give that one another try for the 75th!

Thanks for that, Lost. Those bunny parodies are a riot, and they manage to get the entire story told, too.

Love Movies, thanks for validating my often-faulty memory about the Million Dollar Movie. It makes sense that “Kong” and “Kane” were shown first, since the station was owned by RKO. Why not start things off with the best they had to offer? The Astaire-Rogers films followed soon after, I’m sure.

Ad for the San Diego premiere of King Kong in May 1933.

This is a great.

I’ve seen the 1976 version as well as the 2005 version, but not the 1933 version. The 2005 version stays true to the original and has some pretty good effects. Between King Kong and Godzilla, I’d say King Kong has the edge in movie culture.

I agree. I hope they don’t remake Star Wars or ET or Close Encounters or worse, the Matrix!!!

Justin: On March 2nd, if not before, you should make a special effort to see the 1933 version. It really is the best monster movie ever made, or that ever will be made, most likely.

I can’t make it…I’ll probably rent it from Netflix on regular DVD, since all versions of Kong are not on Bluray. The 2005 remake was one of the first big HD-DVD titles during the format’s heyday and came packed in with the HD-DVD drive for the Xbox 360. It was also made into a video game for all systems. Donkey Kong took inspiration from the movie, as well as Rampage. The movie was also colorized (1933) and shown heavily on Ted Turner’s channels, since Time Warner now owns the rights to the movie, once owned by RKO. Followed by a sequel, Son of Kong, which didn’t do well as the first one. Referenced in many popular songs, as well as parodied in TV ads. Without King Kong, there would’ve been no Cloverfield.

Justin – come to the Lafayette Theatre in Suffern on Saturday morning, March 15 at 11:30 am when we’ll be showing the 1933 King Kong. Watching it at home, even on the very nice DVD, isn’t the same experience.

Justin: this is a fine opportunity for you. People have loved “King Kong” for the last 75 years and will continue to do so far into the future. “Cloverfield” has already been practically forgotten after a couple of weeks, and deserves to be (and that just about sums up how this classic movie fan feels about a lot of the new stuff).

I agree. King Kong, even though its showing its age, still provides thrills and chills!!!

Thanks for that great ad, Warren. For once, all the hyperbole in a movie ad was completely accurate.