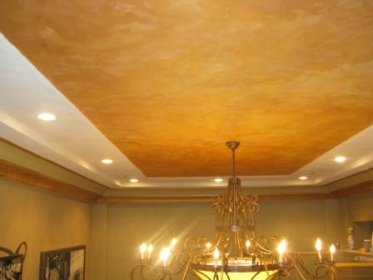 Within two weeks, the painted walls of the two-tiered lobby were enhanced by the installation of American Clay Natural Earth Plasters, which contain no volatile organic compounds and help regulate humidity.

The design work, materials and labor for the 3,500-square foot project were donated by Tuscan Impressions, an Atlanta design and plaster veneer company specializing in sustainable building materials.

“You have no idea how impressed and excited our guests are when they enter the theatre and see the transformation,” said Strand Executive Director Earl Reece.

The Strand, which had been a bar, heavy metal music venue and church but hadn’t operated as a theater since 1967, underwent 18 months of renovations. It officially opened Dec. 5, 2008, with a performance of “Beauty and the Beast" by the theatre’s new resident company, the Atlanta Lyric Opera.

While the $5 million raised by the nonprofit Friends of the Strand financed the renovations and provided some operating funds, many plans fell by the wayside because of cost.

Ms. Gray, who lives a few miles from the 1935 Art Deco theater, knew more could be done if money weren’t an issue. That was when she volunteered her skills and her five plaster artists.
“The space spoke to me from the first moment and I knew Tuscan could restore the sense of Hollywood romance," she said. "The sconces and the chandelier — more of a classic Florentine — drove the design concept. But I knew the plasters would make the room a showcase." 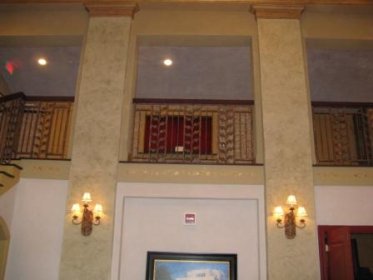