“Bricks Flix” at the US 23 DI was a rousing success 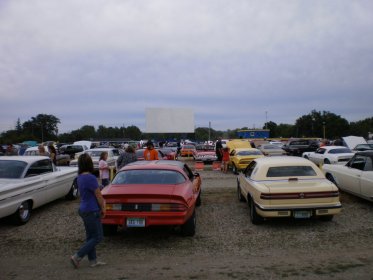 FLINT, MI — The US 23 Drive in Theatre was filled up with mostly classic vehicles to kick off Back to the Bricks with the Bricks Flix last Tuesday night. Besides the cars parked at the drive-in, there were classic vehicles parked alongside, in front of and across Fenton Road from the drive-in. Disc Jockey Bob Steel played the oldies until shortly before the movie “The World’s Fastest Indian” started shortly after 9 p.m. on two of the drive-in’s three screens.

More photos of the event can be found on the Back to the Bricks Facebook page and there is a video report from WJRT.

(Thanks to Gary for providing the photo.)