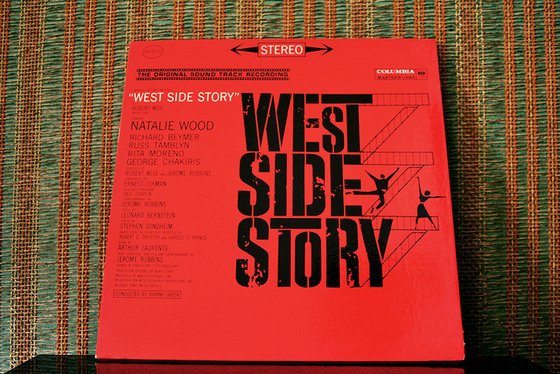 CENTENNIAL, CO — In honor of the film’s 50th Anniversary, Fathom Events will be presenting “West Side Story” for one night at theaters nationwide. On Wednesday November 9th at 7PM local time, Fathom will show the film preceded by a discussion TCM taped earlier this years with the picture’s producer.

(Thanks to thejcgerm for providing the photo.)

a Fanthom event ?? oh those screenings looks like crap. This event should be a full blown 4K presentation like the recent ‘Taxi Driver’s’ screenings

October 18, 1961 was the original opening release that was only shown in select cinemas when it first opened as reserved seat engagements(New York, Los Angeles were the roadshow openings). COMING SOON TO CINEMA TREASURES: There will be a complete listing of the film’s original roadshow engagement bookings as well as where the film was showed first-run. October 18 will mark the film’s golden anniversary. Not to mention additional information about film and its cast.

Looking forward to that, raysson!

Fathom events are of OK quality but not what this picture deserves. I’ve heard I will get to see the 70mm print next spring. Raysson, is this roadshow list something you researched? These lists are always interesting.

There is only one way to present this film on such an occassion and that is in 70mm with the original 6 track mix. Please don’t bore me with all the details of how the stage speakers are configured diffferently now or any of the other excuses just take the time to do it the way it was meant to be seen for all of who remember seeing it that way and for those who never had that experince. Please for heaven sake can someone just do this properly in at least in a couple of locations.

It took me a full 50 years, but I finally saw West Side Story in 70mm on 10/7/11 in Seattle, and now I know exactly what Vito is talking about. One of the greatest moviegoing experiences I’ve ever had.

Bill I ran that picture in 70mm at the Syosset on Long Island for months and months and …. Still when we packed it on on the last night I was sad to see it go. I am so glad you finally got to see it properly. I recall hearing that the Egyptian Theatre in Hollywood ran a new print which included the full original mix of “West Side Story” with 5-across, Todd-A0 stereo. It may have been the first time since the original release that folks got to hear it that way since about 1980.

It was Murray Spivak who went to Bobby Wise and convinced him to use the 6-track sound format; Left, Left center, Center, Right center, Right and mono Surround which was no longer being used in that fasion, with the center track carrying all the diologue. Later of course we had 4-track Left, center, right and surround with the 5 and 6 channels used for sub woofers and stereo surrounds

Vito: I believe the print I saw in Seattle had the Todd-AO sound setup. It sure sounded better than I’d ever heard it, and I’ve seen West Side Story more times than I can count, in theaters and on TV and video. I was hearing instruments I’d never noticed before, and the five different vocal lines in the “Quintet” number before the rumble had never before sounded so clear and distinct. I sure hope this is the soundtrack they used for the upcoming Blu-ray release in November.

By the way, today is the day it opened. So, happy 50th birthday, West Side Story.

The only theater getting it here in Asheville is the Carolina and 12 of th 13 screens are nto wide enough to show scope so I am truly disappointed because this is one of my all time favorite movies and I am not willing to go see it on a screen that the picture goes off tot he side of the wall. :(

I would like to mention to any interested parties that I had prepared and submitted a 50th anniversary tribute article for “West Side Story” for posting in today’s news section to coincide with the 50th anniversary of the film’s world premiere at the Rivoli. I have no idea why the CT folks have chosen not to post it.

So, Ross, Patrick, Zoldessy… What happened???

Michael’s article has been posted:

Thanks Bill and to you Michael as well. I noticed the ? mark for the run of the engaement at the syosset, I wish I could recall how long we played the picture, unfprtunatly all of the partners I had in the booth have gone to the big WSS in the sky and can’t help me recall that. I do know a fella who was with us when we reinstalled the three strip Cinerama for “The Wonderful World of the Brothers Grimm” (we took it out after "HTWWW”) I belive that was in July of 62 so the WSS run must have been at least 12 weeks. Perhaps when I speak with him next I wil ask if he recalls the length of the engagement.

I was lucky enough to attend that New York Philharmonic performance. It was outstanding. So was the intermission, when the following special guests were introduced: Robert Wise’s daughter, Leonard Bernstein’s son and daughter, orchestrator Sid Ramin, executive producer Walter Mirisch, several of the actors who played Jets and Sharks, Marni Nixon, Russ Tamblyn and George Chakiris. I was in West Side Story heaven.

FYI: You said that Michael Coate’s comment was posted on October 19,2011. I don’t see it anywhere and was isn’t on here? I typed in the website and its telling me that it doesn’t exist.

Yay! For the longest time, I’ve been hoping and wishing that a big 50th-year Anniversary national re-release of West Side Story into the movie theatres nationwide would take place, and now it’s finally happening! I’m looking forward to it, and I’ll be there, come hell or high water! :)

Thanks for the interesting piece of info, DEFG. A friend of mine and I attended the West Side Story event the other night, to a mostly-filled movie theatre, and we both had lots of fun. My friend, who’s several years older than me, hadn’t seen it since it came out 50 years ago, so it was a treat for her, as well as I, who’s seen West Side Story more times than I’m able and/or willing to count at this point, and continues, as my mother would say, to be a creature of habit, as West Side Story’s a hard film for me to resist.

The fact that the SCOTUS, under the Reagan Administration, voted, by one vote, to allow movies to be taped on video, is what ultimately led to the decline of cinema, and yet, there are other things that’ve come into play, as well.

Parents often work long hours, and don’t have the time or money to take the family/friends to movies, and to spend seeing movies in movie theatres.

City and Town officials have all too often allowed movie theatres to fall into disrepair, so that people no longer find them attractive to go to.

Parking and commuting, whether by car or public transportation to movie theatres, can be and all too often is a problem.

The overall quality of movies being produced today has declined considerably.

Rude and inconsiderate people in the audience, who often text, talk on their cellphones, and talk loudly among themselves during the movies, as well as people throwing their trash on the floor and leaving it there have also contributed to less movie theatre going than in the past.

I also believe, however, that there’ll still be people like myself who prefer to go to the movies and see great films as they’re meant to be seen, rather than stay home and watch them on Blu-Ray/DVD or whatever.