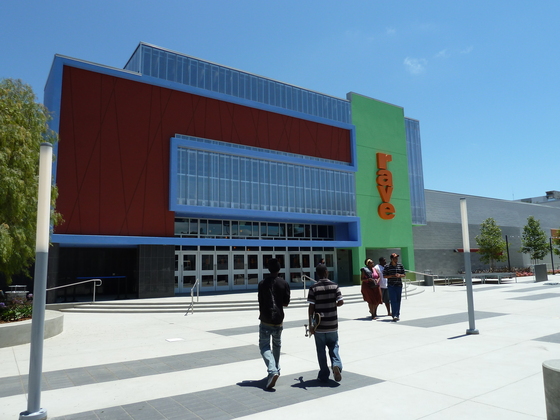 LOS ANGELES, CA — The opening of the new Rave Cinemas Baldwin Hills Crenshaw Plaza 15 is more than a movie theater opening; it is a pivotal part of an economic revitalization of this important Los Angeles neighborhood.

The Baldwin Hills mall is one of the few shopping locations in the area and the closure of the Magic Johnson Theaters over a year ago further depressed the complex and closed the only movie house in the area. As patrons traveled to Culver City and other areas to see movies, dollars left the community. With eighty new jobs at the theater—including many for area residents—the new Rave location is bringing some much needed excitement and employment to the corner of Crenshaw and Martin Luther King Jr. boulevards.

I had an opportunity to visit the new theater yesterday and it’s a warm, inviting space with a mix of large screen entertainment for blockbusters—including the company’s new Rave Xtreme screen—and more intimate auditoria for smaller movies and perhaps more romantic settings.

For a tour of the theater, check out the photo stream from “Hollywood90038”.

For more information, check out the following news coverage: