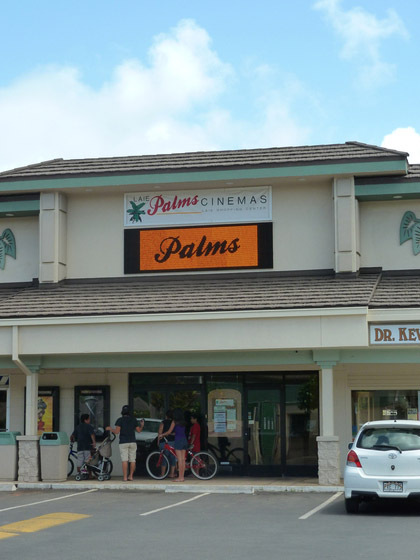 Listen up Hollywood (and film buyers): banking on under 25-year-old males ain’t working this year. As Yahoo! Movies reports, the superhero genre is foundering as young males begin avoiding the movie house.

Despite the enormous success of “Bridesmaids” and other films targeted to women — and those over 25 — the same films and sequels are continuing to be green lit:

“‘It’s a huge problem,’ said one studio distribution executive, referring to the flight of younger males from the multiplex. ‘I keep banging the drum about it to anyone on the lot who will listen to me.'”

My take? Men (and boys) under the age of 25 are not wedded to the movie theater experience like those above 25 (and certainly those above 45). They watch movies — if they do — in the family car, on their laptops, and through physical and digital media on HDTVs. In addition, they are often avid video game players, TV viewers, media producers, bloggers, texters, and involved in a million and one other digital and analog activities.

Hollywood used to produce more movies for women because they often dragged along male friends, boy friends, and husbands with them. This doesn’t always work as well in reverse.

The real culprit here is what Frankel doesn’t report: that domestic box office isn’t where the money for a film is made. That comes in licensing the film for TV, cable TV, VOD, international TV, digital distribution, and, more importantly, consumer products. “Cars” (2006), for instance, generated $10 billion in licensed merchandise sales between 2006 and 2011. Superhero movies, like animated films, are “toyetic”—they lend themselves to licensing and merchandising deals that work best for video games, t-shirts, action figures, happy meals, and the rest.

As long as merchandising is more important to media conglomerates than box office, the industry will continue to focus on the 5-25 year-old-male and the films they believe “he” will want. Sorry boomers: you’ll have to be happy with the occasional Woody Allen or foreign film to remind you of a time when moviegoing meant seeing a film in which narrative trumped spectacle.

easy solution: reduce price to $5.00 and have cinemas in shopping malls in between foodfair, GAP and footlocker

Sorry, HH1. As a member of the baby-boom generation, this:

“Sorry boomers: you’ll have to be happy with the occasional Woody Allen or foreign film to remind you of a time when moviegoing meant seeing a film in which narrative trumped spectacle.”

is something that I cannot and will not accept. Therefore, I’ll keep on emailing or phoning both of the only two independent, non-profit theatres left in our area to play great, golden old classics and films like that.

You know one day these great 20 plexs everyone loves will be no more.Our classic theatres will be gone,you will get a disc of the latest release and enjoy it.i don’t who in there right mind would even go to one of the 20 plexs that seem to be everywhere.

Mike, you’re showing your age. Discs are dead. VOD will kill buying discs. I’m waiting for the direct connection at the base of the skull. You will be able to experience the epic length “Titanic II” in 12 seconds!

The assembly line multi-screener usually sucks. I’ve been to a couple that were actually pretty nice and pretty empty too. On the other hand one of our local art houses seems to be making it for the long haul. The reason: the owners couldn’t make it work so it became a ‘film society’ partially supported by public government money. “Owners” are on the board and presumably recieve pay. HMMM, not a bad gig. Patrons can even make charitable donations in the theatre. Nope. If you can’t make it, close the doors like any other business would have to do or find someone that can make it work. I find myself pretty conflicted over it… I’m glad it provides an alternative but corp. welfare is wrong.

To be perfectly honest with everybody, I make a point of avoiding those huge, antiseptic-looking multiplex cinemas with 10, 20, 30 or more cinemas like the plague. Not withstanding that they’re overpriced, they mostly show the junkiest movies, and have the rudest, most cellphone use/texting-prone audiences.

I generally attend the independent movie theatres in my area for movies instead.

what I truly miss is the highly luxurious theatres with a balcony – royal circle with plush chairs and carpets, drapes, music before the show, the lights dimming and the screen curtains slowly opening; followed by of course commercials and previews, intermission when the curtains close again; and finally the movie…20th Century in Nairbi and Odeon Marble Arch London Uk come to mind…theatres which only show the A movies…even today as an aging baby boomer I would easily pay $15-$20 to experience this..I am sure there is a market for this..the cruise ship theatres are always full….

…but back to the topic …if you want under 25 yr olds ..seems to me you have got to bring the ticket down…to $5 and bring the popcorn price down to $3; and of course build them in the shopping malls

dhroc, the idea of a movie art house that’s supported by public government and becomes a “film society” that’s operated by people within the community, or who are members, whose “owners” are paid people on the board doesn’t sound like corporate welfare at all. It sounds like a damned good idea whose time may be coming.

HH1, what you’re saying about bringing ticket prices down to five dollars, and the popcorn down to three dollars sounds like a good idea, but I really do question whether or not that would work in the shopping malls.

Theatres ,first run theatres, depend on Concessions,we have had this conversation until i am blue in the face.people were bitching in 1974 when we sold our largest Coke for 65 cents at ABC Theatres.Prices ain’t coming down make decent films,but that is pretty much a thing of the past .They want Cars stuck together,fighting.Glad I got out of the Business in 83.

What you’re saying is true, Mike Rogers, but what’s really too bad about that is that most movie theatres don’t sell healthier foods in addition to sweets at their concession stands, although the idea of serving meals and/or dinner at movie theatres has definitely begun to catch on here in the United States. There are good and bad movies, but it does sometimes seem as if the bad ones outweigh the good. Maybe bringing back some more older classics will get more people of all ages back to the movies. Simply kowtowing to the younger generation has not worked, on the long run.

This conversation is age-old, but what is great is that this site, for like-minded movie theater enthusiasts, is evidence that there is a public interested in the theatrical presentation of movies and seeing them on a big screen with great sound in a comfortable environment with a crowd. Comedies are ten times more funny, musicals are ten times more exhilarating and action films ten times more thrilling in a theater. Things may change, but if after all the new media that has been introduced hasn’t killed the movie going experience yet, I think it will survive. After all, even the live theater has survived. There is something important about the shared communal experience of an audience experiencing a film or a play together.

i agree. Michael D. Jackson. Moviegoing will still be around for future generations to come even as the transition from film to digital progresses.

We use to sell Jordan Almonds,but the candy girls would sneak one nut out at a time,this before plastic wrapping.poor moviegoer might be short four Almonds,AHHH, for the old theatre Business!