Planning on Kings has begun 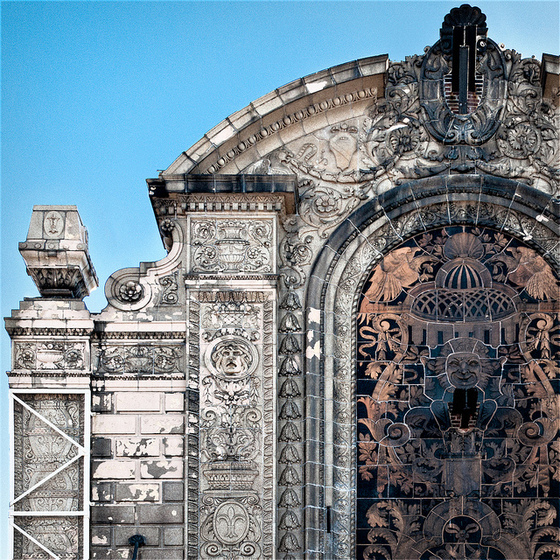 BROOKLYN, NY — After being chosen to restore the Loew’s Kings last year, ACE Theatrical Group has been inside the theatre investigating how to transform it back to its grandeur. They plan to add spaces to make it more viable for live theatre and have the work done by 2014.

Read the full story in the Wall Street Journal.

(Thanks to lumierefl for providing the pic).

The Lowes Victoria in Harlem is getting made-over for live performance says New York Times: http://www.nytimes.com/2011/08/31/realestate/commercial/along-harlems-125th-street-redevelopment-projects-advance.html

After wading through countless comments I found the fact, from Barbara Streisand herself, that she was not an employee of the Kings but as a very young patron. As her richly rewarded career has been in the field of music, perhaps she should be approached to donate the “greenbacks” to cover the cost of the returning pipe organ and its installation.

First of all, its amazing the number of negative comments there are already concerning the Kings. If we had listened to all the comments when our project was getting of the ground with the Loews Jersey, then it would be only a memory now. I really don’t think that people understand the ground work that is needed to even consider reopening one of these theatres, let alone updating them to make it pay. There has been numerous set backs for our project, but we continue to plug along. If it takes a program each night at the King’s to make things work, then so be it. Is this not what it was intended to do? I for one wish the people involved good luck, and have great enthusiasm for the project. I donn’t see any of the people who have a criticism,offering to help with anything. Now , on a personal level, My Mentor anf=d close friend, Lee Erwin not only was closely linked to the organ, but played the last concert on it. It was his goal to first have the organ reinstalled when there was some hope of that, and then secondly have it installed in Town Hall. It was a hoorible disappointment when NYU who bought it not only dropped the ball, but incinerated it, when it was refused. It was heart breaking to him and all involved when it was vandalized, with the console remaining the best part. I am pleased as I am sure that Lee would be that this console is returning to its theatre. How the pipework will sound as it is Morton stock, but not original, I am not sure. However, I am told by those invoved, it is working out well, and will be ready for the theatre. These projects take a lot of planning, and and forethought. I would love to go there tomorrow, but is this realistic, no. I am confident, despite those already complaining, that the project will succeed. I just had to get a few things out, I will now step down from my soapbox.