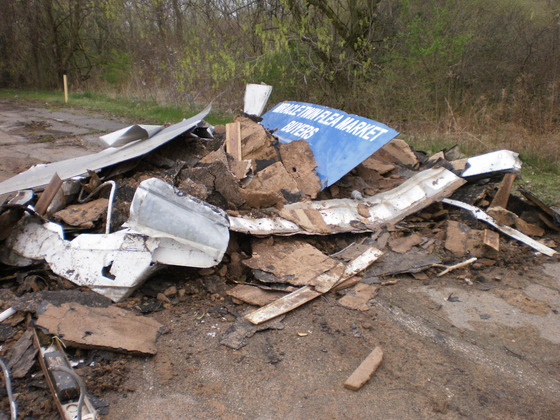 BURTON, MI — Demolition is underway on the Miracle Twin Drive-in Theatre which first opened in 1973 and closed permanently after Labor Day of 2008. The drive-in was operated by National Amusements and was among the last National Amusements drive-ins to close permanently along with the Kenwood Drive-in. This leaves the Flint, MI area with only the US 23 Drive-in Theatre which will open for the season on April 6.

(Thanks to Gary Flinn for the story and the picture of the demolished ticket booth canopy.)

What a very sad story!!