No more movies in Thomaston? 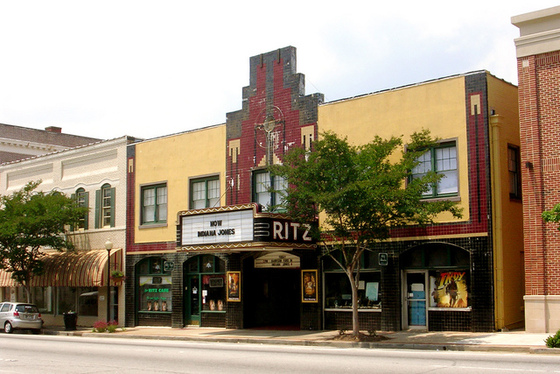 THOMASTON, GA — The Ritz Theatre has had its ups and downs since opening in 1928. With the upcoming end of film distribution though, it’s unclear if this will be its final act.

Read more about this and frequently asked questions about digital in the Thomaston Times.

Interesting, however 35mm film will still have to be supplied here in New Zealand for at less the next 10 to 15 years following a ruling by The New Zealand Commerce Commission (a Govt agency) as at less 90 percent of our cinemas are country cinemas.

With three of Christchurch’s main cinemas [Hoyts and Readings], in fact, Christchurch’s ONLY cinemas, and Hoyts in Dunedin in the past month or so HAVE switched back from digital to 35mm film [only 3D in digital], Roxburgh has decided to hold off going digital in the mean time.

The main reason given is that the continual earthquake aftershocks are interfering with the electronic equipment. They will be using 35mm film in Christchurch for at least the next three years. Dunedin, although NOT directly related to the quakes, have felt some of our larger ones. It would appear that Hoyts do not want to run the risk.