Celebrate “Mary Pickford, Queen of the Movies” at the Portage and Music Box in Chicago 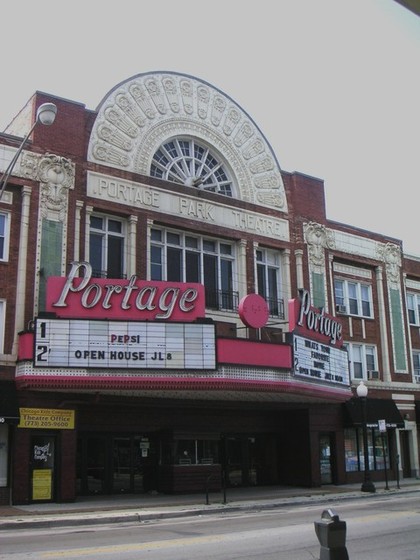 CHICAGO, IL — On April 3, the Northwest Chicago Film Society will pay tribute to Mary Pickford, the legendary silent screen star who single-handedly turned movie-acting into big business. The Film Society will present Pickford’s rarely-screened “Dorothy Vernon of Haddon Hall” at the Portage Theater in an imported 35mm restoration print with a special introduction from Christel Schmidt, editor of the lavish new book MARY PICKFORD: QUEEN OF THE MOVIES. Following the screening, Ms. Schmidt will participate in a discussion and sign copies of QUEEN OF THE MOVIES.

Pickford first came to prominence in films produced for the Biograph Company under the supervision of D.W. Griffith. Company policy kept the players anonymous, but audiences instantly recognized Pickford’s charisma and skill and clamored to know the identity of the beloved “Biograph Girl.” Soon striking out on her own and working with the industry’s finest talents (Cecil B. DeMille, Maurice Tourneur, Marshall Neilan), Pickford drew up the template for movie stardom and built a business empire. After Pickford’s fee became so high that no producer could afford her services, Pickford co-founded United Artists with Griffith, Charlie Chaplin, and her husband, Douglas Fairbanks.

Widely known as “America’s Sweetheart” and frequently typecast in juvenile roles, Pickford occasionally pursued projects that challenged her reputation. In 1924 Pickford produced “Dorothy Vernon of Haddon Hall”, an elaborate and expensive sixteenth-century drama that has remained extraordinarily difficult to see until the heroic restoration effort from Belgium’s Cinematheque Royale. “Dorothy Vernon” will be presented at its authentic projection speed with live organ accompaniment from Jay Warren.

Presented in conjunction with the Silent Film Society of Chicago and the Library of Congress.

FILM SYNOPSIS “Dorothy Vernon of Haddon Hall” Directed by Marshall Neilan • 1924  Mary Pickford wanted to grow up, and so she embarked on a spate of “adult” projects with unimpeachable credentials. America’s Sweetheart showed her (mildly) naughty side in Ernst Lubitsch’s American debut, Rosita, and followed it with Dorothy Vernon of Haddon Hall, an elaborate sixteenth-century drama adapted from a popular novel by Charles Major that boasts exquisite photography from Pickford’s regular cameraman, Charles Rosher, and an armada of authentic (and expensive!) costumes designed by future director Mitchell Leisen. Pickford stars as Dorothy, the headstrong daughter of a noble family with no interest in abiding by a betrothal to her hapless cousin. Instead, she has her eyes on Allan Forest, the son of a rival house (and, in real life, Pickford’s own brother-in-law, so doubly forbidden fruit). Familial strife soon gives way to court intrigue (it’s not every thwarted marriage that arouses the enmity of Queen Elizabeth and Mary Queen of Scots) and scenes of galloping derring-do that rival the work of Douglas Fairbanks. (In fact, film historian Kevin Brownlow has speculated that Fairbanks stood in for his wife for a few of Dorothy Vernon’s more difficult stunts!) A tremendously personal project for Pickford, she even directed a few scenes herself when Marshall Neilan proved too drunk to hold up the reins. Received indifferently by an American public that pigeon-holed Pickford as an eternal juvenile and later dismissed and buried by Pickford herself, Dorothy Vernon has been difficult to re-evaluate. Finally restored by Belgium’s Cinémathèque Royale from complementary French and Russian nitrate copies, with English intertitles recreated through the assistance of the Academy Film Archive, Dorothy Vernon cries out for rediscovery. (KW)  120 min • United Artists • 35mm from Cinémathèque Royale de Belgique

ABOUT CHRISTEL SCHMIDT Christel Schmidt is a film historian, writer, and editor. She was awarded two fellowships from the National Endowment for the Humanities for her work on Mary Pickford and is coeditor of Silent Movies: The Birth of Film and the Triumph of Movie Culture.

PRAISE FOR QUEEN OF THE MOVIES “This magnificent book helps to introduce Pickford to 21st century audiences … The book also goes to great lengths to present Pickford as a serious woman who embraced the cause of film preservation and worked tirelessly in raising funds on behalf of charitable institutions and government savings bonds programs. A wealth of rare photographs and original essays … helps to elevate the book beyond the level of mere film biography. Indeed, it is no small exaggeration to say this is one of the most invigorating nonfiction books of 2012.” — Phil Hall, Edge

“An anthology of outstanding writing, past and present, about one of the most important figures in film history, addressing previously neglected aspects of her career, and adding to our overall knowledge. I think it will be an important book, both for contemporary readers and for posterity.” — J. B. Kaufman, Author of South of the Border with Disney: Walt Disney and the Good Neighbor Program, 1941-1948

“There are over 200 gorgeously reproduced images, in the beautiful grays of the silent era, and the richly colored lithographies of posters and magazine covers—plus the revelation of the colors in Pickford’s costumes.” — Library Journal

MORE PICKFORD! Christel Schmidt will also present a 35mm screening of “Sparrows” at the Music Box Theatre on April 6 with live organ accompaniment by Dennis Scott as part of the ongoing Second Saturday Silent Cinema program. Contact  Rob Walton at for more details.

(Thanks to Ken Roe for providing the photo.)