Film Series at the Senate 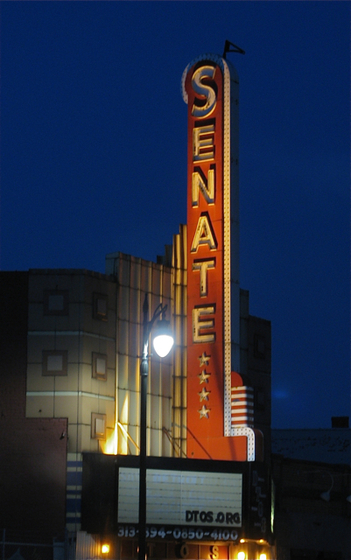 DETROIT, MI — In 2013 the Senate Theater started showing movies again. Movies with sound and silent films too that feature live accompaniment on the 4/34 Wurlitzer theatre organ. A new wide movie screen is arriving around the middle of 2013. There are also live music shows and other events.

More details are available at the Detroit Theater Organ Society and the Senate Theater website.

THE GENERAL – Buster Keaton – with live accompaniment by organist Dennis Scott on the 4/34 Wurlitzer theatre organ. Sunday May 19, 2013 at 3 pm $10.00 General Admission

The organ pops concerts with Wurlitzer that have been presented for 50 years at Senate are also still happening.