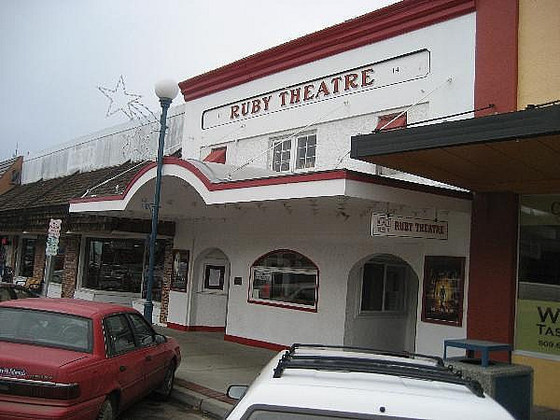 CHELAN, WA — With talk recently on the oldest continuously operating theatre, the Ruby Theatre, wondering where they stack up in comparison. Here’s some facts from its owners:

“Construction on the Ruby Theatre was started in 1913 and opened as a movie theatre in 1914 and has been running movies ever since. The simple 175 seat theatre was constructed by the Kingman brothers who were local contractors and leased to a manager, Frank Potter. Where they got their plans is unknown.

The theatre interior is essentially the same as when it was constructed. The exterior was remodeled in 1948. The theatre was constructed with a fire proof projection booth, concrete structure, horseshoe balcony, tin ceilings, etc. This all still remains. The theatre is privately owned and on the national register. It still has a film projector, but has also added a new digital projector for first run movies.

The Ruby will be celebrating its 100th birthday next year. Come celebrate with us.

(Thanks to Chuck1231 for providing the photo.)