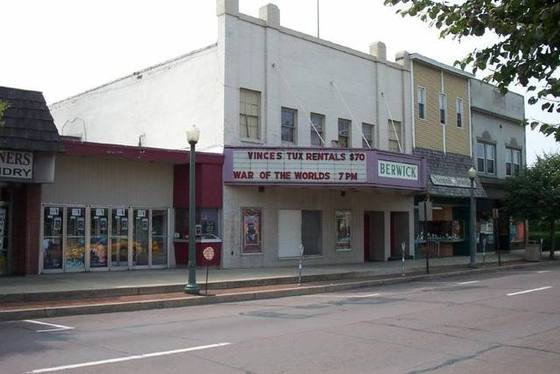 BERWICK, PA — We are happy to announce that the Berwick Theater is now working with the Berwick Area United Way to become a non-profit community theater! It has run as a for-profit business since its construction in 1890 as an opera house. Now, with low demand and a failing building, The Berwick Theater must make a change.

As the movie industry converts to a digital format for new release films theaters must transition to that format. This requires the installation of a digital projection system which can cost in excess of $50,000.

The owners of the Berwick Theater have made a valiant effort to keep the local landmark afloat. In the past year they turned to more modern fundraising opportunities such as a crowdfunding campaignon Indiegogo.

Their efforts to “go digital or go dark” garnered national press attention and the tiny theater was featured in an article in The Wall Street Journal as well as on other websites. While both the local and online communities have been generous and the help has kept the theater afloat it just wasn’t enough. The non-profit route became the only sensible option.

To kick off the transformation, the public is invited to a celebration of Vincent DiAugustine Sr’s (would be) 90th birthday on July 19th at 5:00pm. There will be dedication ceremony of Vince to the Theater as well as revealing the new look of the theater. Refreshments will be served by Balzano’s. Tickets are $10. For more information or to purchase tickets contact Renee DiAugstine; 570-752-9070 or