Joe’s first official connection with the Fox began in 1963 when he, as a volunteer, repaired and restored the Moller pipe organ which had been rendered unplayable for fifteen years because of “ciphers.” Below, newly-employed house organist Bob Van Camp (in tux) and Joe (in the background) at the organ and at the piano which Joe bought in 1964 and donated to the Fox. The “Magic Piano” could be played from the organ console.

Still a volunteer in 1975, Joe Patten was pivotal in saving the Theatre when it was in eminent danger of being demolished by Southern Bell. Shown below with newly-formed Atlanta Landmarks head Pat Connell (left), Joe poses in front of the “closed” sign (and broken glass) at the Fox ticket kiosk.

Once the Fox had been saved, and had turned legit, Joe was hired as Technical Director, Engineer, and keeper— all that in addition to his “day job,” as an expert installer of major X-ray hospital installs. In 1980, Joe (shown below on the roof of the stage house) moved into the Fox Theatre.

Enjoy Mr. Foreman’s article about Joe Patton and his apartment at the Fox Theatre and some wonderful pictures inside this incredible building: 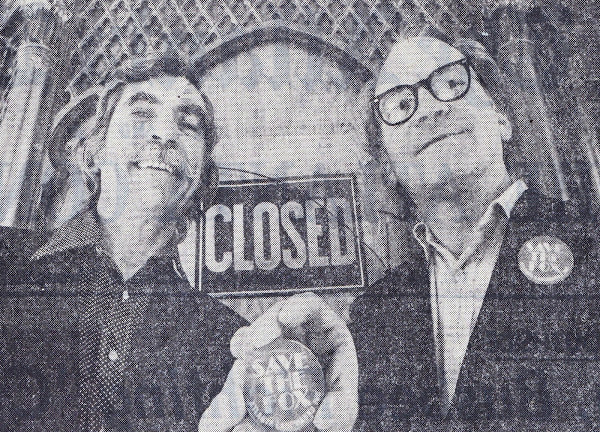 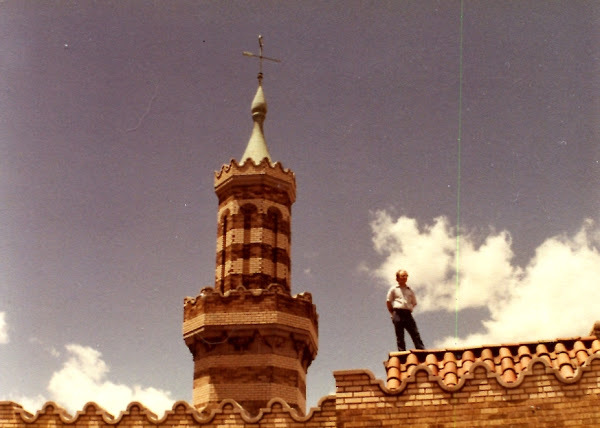