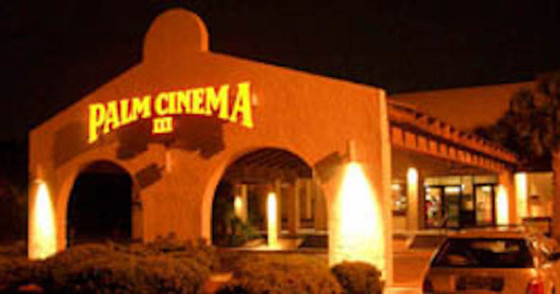 From The Ledger: The Carmike Palm Cinema 3 meant much to the personal life of Brice Holley — his first job, a place to see friends and catch the latest movie, and where he met a cute employee who would eventually become his wife.

But it’s the end of an era for a place of diversion that was a big part of Holley’s life and the lives of thousands of other Polk County residents seeking a two-hour-or-more escape from reality. The Palm Cinema 3 staff has turned off the theaters' projectors for good, ending an 30-plus-year run that began when “Ghostbusters,” “Indiana Jones” and “Beverly Hills Cop” were just-released blockbusters. According to the website Flikr, the Palm Cinema 3 was opened by Floyd Theaters April 18, 1986, built on the site of the former Lakeland Drive-In.

Until its closing, it was second-oldest Polk County theater, after the Polk Theatre, which is still in operation.

“My wife, myself and a few friends still keep in touch and we all worked there back in the ‘80s. We had a reunion of sorts about four years ago. Seeing it in its current state is sad; when we were there it was still shiny and new,” said Holley, 46. who worked as a projectionist and usher from 1986 to 1989.

The Palm Cinema 3 was divided into three theaters: The Arts, which showed specialty films; The Variety, which showed discount-priced, second-run films; and Mugs and Movies, where beer and pub food were available.

Holley said the Mugs theater’s roof was giving way due to leaks and he was told it shut down Oct. 1.

According to its website, Carmike Cinemas, Inc., which is based in Columbus, Ga., is one of the United States' largest motion picture exhibitors, with 276 theaters and 2,954 screens in 41 states, with a focus on mid-sized communities.

The news of Palm Cinema 3’s closing was also bittersweet for another Lakeland family.

Michael Melendez and his wife, Brenda, saw “Ben Hur” on Saturday and said they were told the theater would close Thursday. Michael said he and his family — children Bianca, Michaela and Michael Jr. — had seen movies at Palm Cinema 3 for about 15 years.

“They even used to show Monday Night Football there. We’d regularly go at least once a month. They had movies they’d bring back and show some of the older films; you could enjoy a good movie, good ambiance and good food for $5,” said Melenez.