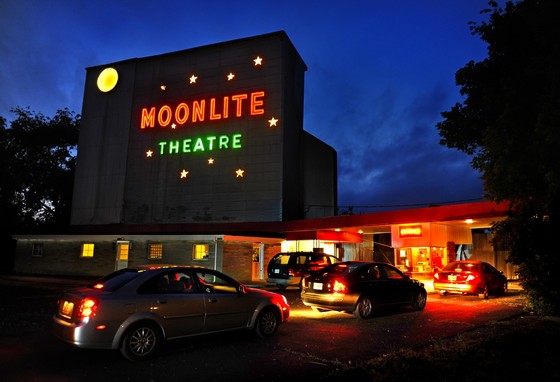 From the Bristol Herald Courier:
Local residents will soon be able to enjoy movies under the stars once again, courtesy of the historic Moonlite Drive-in.

After seeing it idle for three years, new owner Kyle Blevins is breathing life back into the Moonlite, which is off Lee Highway between Abingdon and Bristol.

Blevins, a UPS driver from Bristol, Tennessee, went to the Moonlite for more than 40 years before it closed. He said he’s always wanted to own the theater and recently he came to an agreement with William Booker, who has been trying to sell the property. Under the agreement, Blevins said he is owner and president while Booker remains a co-owner.

“I never dreamed that I would be able to do it,” Blevins said.

The drive-in opened in 1949 and closed in 2013 after many studios made the switch to digital, making many new release movies incompatible with the old projector.

The Moonlite was included on the National Register of Historic Places in 2007, and is one of only three drive-ins in the nation to be there, according to Blevins.

Its long history is one of the things that makes Blevins happy to revive it. He plans to restore the property to its original 1950s style.

“It’s not just coming to watch a movie. You’re going to be transformed into a different time,” said Blevins, who added that he also plans to alter the decor to fully immerse customers in the movie experience.

The upcoming changes were brought to the attention of many who pass by when the number 16 showed up Sept. 15 on the marquee and the Facebook page. He wanted to spark interest so he decided to conduct a countdown until his announcement of the reopening today.

But even he admits he was shocked at the attention he got.

The real motivation to reopening is the way people in the community still talk about it, Blevins said.

“It’s got a lot of history that comes from everybody in the community. A lot of people have a story about it,” he said.

Blevins hopes to get support from the community, both in preparing for the reopening and keeping the theater open. Abingdon-based CPA firm Hicok, Fern & Company has agreed to assist Blevins in overseeing financial contributions and expenditures.

“The needs are extensive and community involvement is going to be crucial to meeting those needs,” he said in a news release.

Blevins has scheduled a community work day for Saturday, Oct. 8, beginning at 8 a.m. He invites anyone who’s willing to help with the start of the renovation.

His plan is to try to get the drive-in ready for at least one show around the middle of October, but there’s a lot to be done before that can happen. An official reopening is planned for next spring.

Blevins is ready to do what it takes to get the drive-in up and running, but notes that it isn’t just for himself or his family.

“It doesn’t belong to me,” he said. “It belongs to the community. It belongs to everybody. I just happen to be lucky enough to be able to do it.” 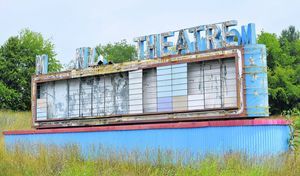 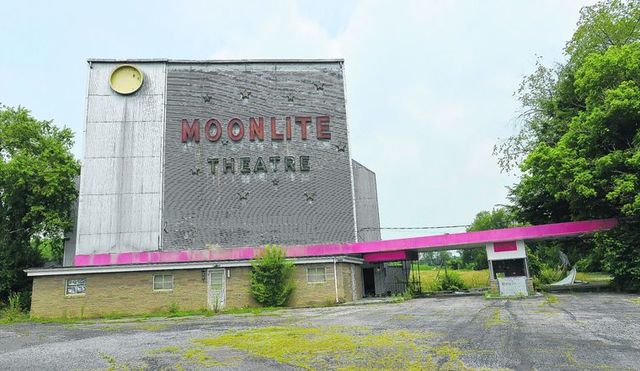 I’m always happy to see a dead drive-in brought back to life!