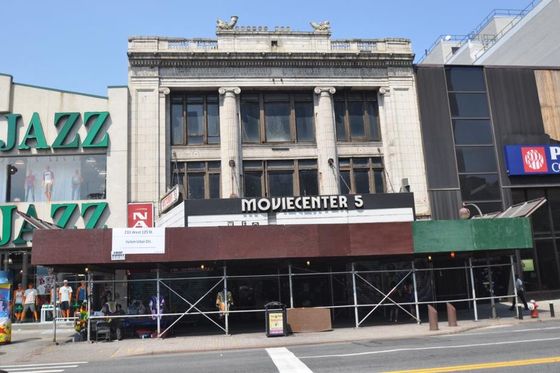 From Curbed NY: The long-stalled Victoria Theater redevelopment project in Harlem may finally be making some progress, the New York Post reports. Their reporter spotted a notice relating to “earthwork” at the site, which was posted there last month.

The plan has undergone so many changes since it was announced over a decade, so it’s hard to keep track of what’s actually going on at the site right now. While this latest notice hasn’t yet appeared on the city’s Department of Buildings website, the most recent iteration of the plans call for a 26-story tower at the site with 200 rentals, half of which will be affordable, and a Renaissance by Marriott hotel.

Plans call for the historic theater to be restored and incorporated into the tower. The most recent version of the plans were filed by developer Lam Group in October 2014, and demolition work at the site got underway in the summer of 2015. The progress since then however has been excruciatingly slow.

This latest notice may be a sign of things moving forward, but no word yet on when the Aufgang Architects-designed building will actually be completed.

Designed in 1917 by noted architect Thomas W. Lamb, the theater opened as the Loew’s Victoria Theater and could seat nearly 2,400 people. In the late 1980s the large auditorium was converted into multiple theaters, and it wasn’t until 2005 that redevelopment proposals were submitted for the site. 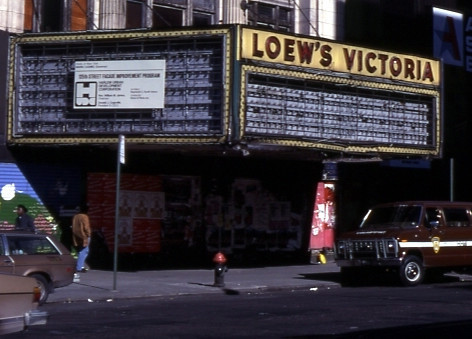 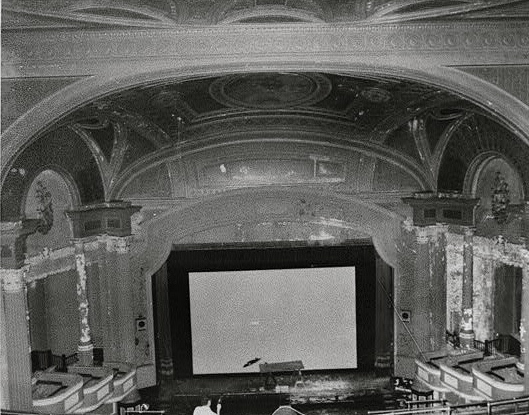 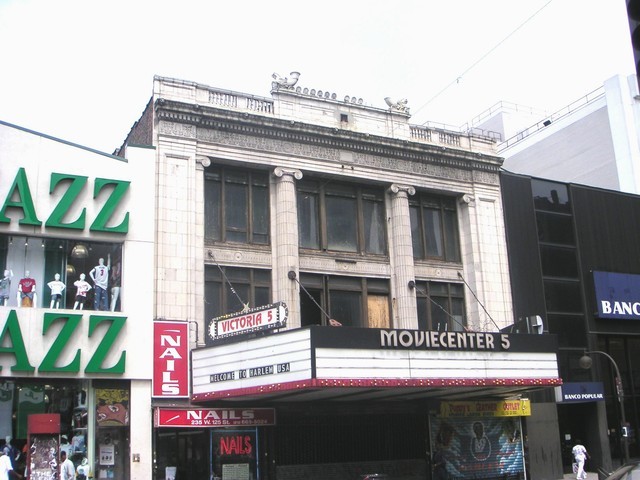 How can the theatre be restored when it is completely gutted and the stagehouse roof taken down exposing the building to outside weather. Workmen told me the building must come down “Brick by brick” and gave me a solid original brick dating from 1916. I also heard on the same day from a very reliable source that the Apollo Theatre will be running or have their go at programming the “supposed” restored theatre. This will probably a renovation of an unseen space at the ground level of the former Victoria Theatre, but it will not resermble the former Loew’s Victoria Movie Palace and seating will be no where near 2,400. From what I saw this day all remnants of Loew’s Victoria were destroyed as was a stairrcase get ready to be taken out and side by side doors leading to the lobby still intact with the two exit signs still in place. My visit was last week.