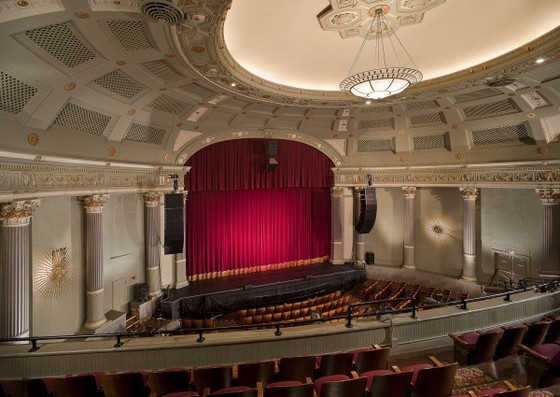 From The Daily Freeman: The owners of the Ulster Performing Arts Center are looking for a private investor to raise nearly $1.4 million for improvements at the Broadway Theater.

Chris Silva, executive director of Bardavon 1869 Opera House Inc., which operates UPAC, said the non-profit theater wants a for-profit investor to funnel $1,393,000 into its coffers. In exchange, he said, the investor would become 99 percent owner and would be able to access state and federal historic tax credits for at least five years as part of a federal program.

The Federal Historic Preservation Tax Incentives program “encourages private sector investment in the rehabilitation and re-use of historic buildings,” according to the U.S. Department of Interior’s website.

Under its proposal, Bardavon would continue to operate the theater and make decisions on personnel and artistic matters, Silva said. Theater would remain tax exempt, he said.

“In order to make the deal as attractive as possible to the potential for-profit (investor), we need to show annual positive net income over the compliance period,” Silva said via email “If we had to pay taxes, that would be impossible to do.”

Silva said the Bardavon will make local requests in the coming weeks.

“… We are requesting through the Ulster County Industrial Development Agency, the city, county, and school board allow the for-profit corporation we partner with to be tax exempt during the compliance period,” Silva said.

Silva said the Bardavon as already been given permission to proceed with the effort by state and federal officials.

Silva says a $4.7 million renovation project is planned for 2017.

“The completion of … essential capital work in 2017 will secure UPAC’s historic structure for present and future audiences, allow the theater to be open for a longer annual performance season; and strengthen its role as a major Ulster County and city of Kingston cultural and economic anchor,” a statement reads.

Silva said that the Bardavon has raised $3,366,010 toward the $4,759,010 needed to complete the capital improvements, including include a new cooling and heating system. The lack of a cooling system that works properly forces the theater to close during the warmer months, he said.

“In order to finance the final $1,393,000, we will look for an investor partner to invest in exchange for state and federal historic tax credits,” the statement says.

The latest push by UPAC also includes a renewed hope that the community can support this “campaign through our ‘Name a Seat Program’ and/or our Business Council Membership,” Silva said.

The statement lists a variety of reasons why local officials should support the tax credit deal:

• It would help preserve the theater, which is recognized as the main anchor of the Midtown Arts District, for the community.

• A new heating, ventilation and air conditioning system would enable the theater to remain open through the summer months, “drawing thousands more visitors to the neighborhood and its businesses during a period that has been traditionally quiet, with very few cultural tourists.”

• It would triple public rest room facilities, which at present are “woefully deficient,” with three toilets on the orchestra level serving 1,000 patrons.

• It would increase public safety in the theater with upgrades in alarm systems and emergency lighting.

• It would increase city and county sales tax revenues from local businesses and Bardavon concession sales.

“The theater has created and continues to provide a significant ripple effect across the city and county, offering substantial incentive to existing and prospective new businesses to operate in the region,” the statement said. “Since the Bardavon took over management of UPAC in 2006, the average annual number of events has grown from 15 to 30, and audiences visiting Midtown have grown from 15,000 to 30,000.”

Since 2006, the Bardavon has invested $3 million in restoration and improvements to the Broadway complex, the statement said. 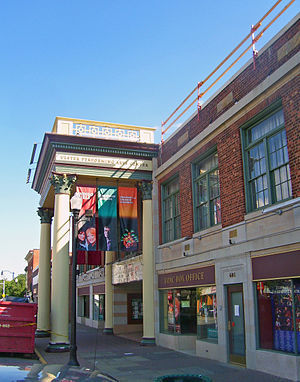