Holly Theatre Restoration in Line for $1 Million in State Funds 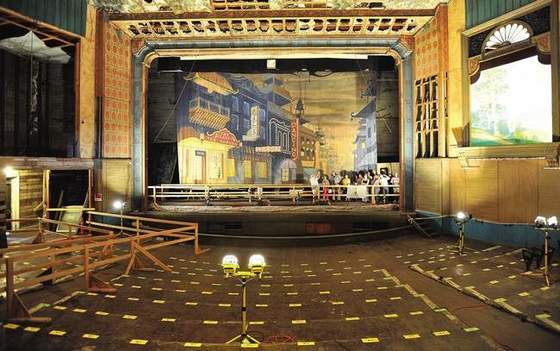 The Holly Theatre, shown here in a 2014 file photo, is in line for a $1 million grant from the state Legislature toward the historic building’s renovations. (Mail Tribune / Jamie Lusch)

The Oregon Legislature’s Capital Construction Subcommittee approved a $1 million appropriation during its regular session Thursday morning in Salem. The news follows an announcement Wednesday that philanthropist James Collier will pay for the building’s elevator, a six-figure gift that is the largest single gift to the restoration project.

Among Esquivel’s most powerful childhood memories was seeing “Ben Hur” at the Holly in the 1950s. “I never forgot that,” Esquivel said. “Every time I see the movie I think of the Holly Theatre.”

Esquivel also remembers the Holly as the area’s first theater designed for “talkies.” He recalls that the Holly, which will have seating for nearly 1,000, also was the first theater to use gypsum board, making it more resistant to fire than wooden buildings.

The organization had raised $2 million toward the $4.3 million cost of renovation before the state funding announcement.

Here we go again- another news item with no obvious city/state. Reading it, one realizes that the Holly is in the state of Oregon, possibly in Medford. A couple weeks ago I sent the THS office a message about these unidentified news items – no response.

Last July, 2015 I emailed THS about the lack of hyperlinks in these news stories. This is what I got back (in part):

“Thank you so much for reading the Cinema Treasures blog! I appreciate your email about links in the Cinema Treasures blog posts. Unfortunately the website blog editor does not permit the addition of hyperlinks. We do not know why exactly, but are working behind the scenes to make the links more user friendly. For now, highlighting the text and right clicking will open the links in the posts.”