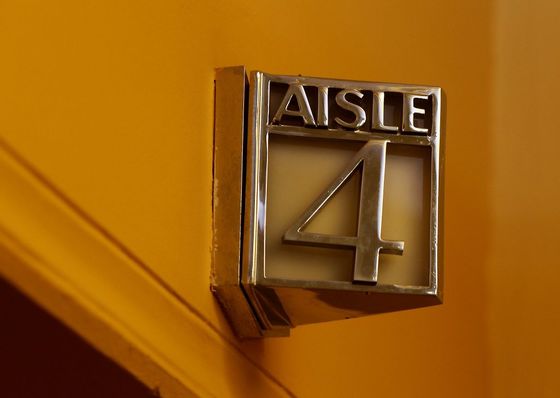 J.K. Dineen reports in The San Francisco Chronicle: “Nearly four decades after it was converted from a grand movie palace into a Pentecostal church, drama has returned to the El Rey Theater on Ocean Avenue.

Only this time the action isn’t on the silver screen but over the building itself.

In December, the El Rey changed hands for the first time since 1977, selling in a trustee sale on the steps of City Hall for $1.06 million. The seller was the Stanford Federal Credit Union, which had foreclosed on the property after the church, now called A Place to Meet Jesus, defaulted on a loan. The buyer was a joint venture between Ricci Ventures and Greenpoint Land Co., both Marin investment groups.

For residents in the surrounding neighborhoods of Ingleside Terraces, Mount Davidson Manor and Balboa Terrace — many of whom have long hoped the building would someday return to use as a community center or theater — the reaction has been a mix of disappointment and hope.

Dan Weaver, director of the Ocean Avenue Association, was flabbergasted when he found out about the sale last month.

“After I got over the shock that the building had been sold to someone I didn’t know, my first thought was that for the first time in 38 years we have the opportunity to landmark the building,” he said…

Ironically, in the months before the building sold, Mayor Ed Lee’s administration targeted the El Rey as part of a new “neighborhood asset activation” program aimed at reviving vacant or underutilized structures. The city has retained consultants to do an assessment of the physical structure, engage with the owners, and hear from the community about what it would like to see there. In addition to the El Rey, the city is looking at six other defunct theaters, a mosque and the Geneva Car Barn.

“There are certain places that mean a lot to people in the neighborhood, and this is one of these places,” said Joaquin Torres, director of the mayor’s Office of Neighborhood Services. “We’re looking at what the current ownership would be interested in allowing us to pursue.”