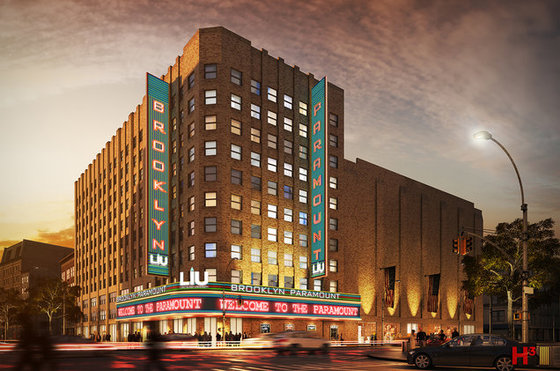 From Brooklynvegan.com: Back in January 2015, it was announced that Brooklyn’s Paramount Theatre on Flatbush would begin hosting music again for the first time in 50 years. (Not to be confused with nearby Paramount Theaters, like the ones in Asbury Park, Long Island or Westchester.) More details on that have now emerged.

As Billboard reports, the team behind Barclays Center and the renovation of the Nassau Veterans Coliseum has signed a long-term lease with LIU Brooklyn to renovate and operate the Long Island University Brooklyn Paramount Theatre. Renovatons will begin in 2017, overseen by Paramount Events Center (PEC), and the doors are slated to open in 2019.

Original renovation plans drawn up last year have been revamped so that the venue will have a flexible seating configuration that will increase capacity from around 1,500 to up to 2,800. They’re also contemplating building a lounge in the lower level. PEC is to put on projecting 120 events per year, including comedy, boxing and private programs for LIU students, in addition to live music.

“We are thrilled to have finalized this agreement with LIU Brooklyn, and are eagerly anticipating the start of renovation on the legendary concert hall,” BS&E’s Yormark said in a statement. “Brooklyn will have yet another place to enjoy a diverse line-up of events as we continue to expand the borough’s flourishing entertainment district.” 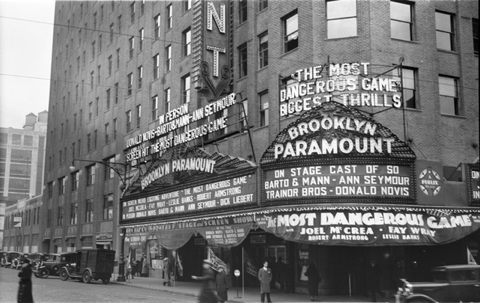 Lets hope they will bring back the Wurlitzer pipe organ?

The Wurlitzer Pipe Organ never left the building since it closed in 1962. It has been used at Baseketball Games and at many other occasins as the 50th Anniversary of the Rock ‘n’ Roll shows of the 1950’s with Murray the “K” some years back and several black and white silent films. It still rises on lifts in its' original space.

Yes, until it sold the theatre and office building to LIU. Then LIU leased the theatre back to Paramount Picture subsidiaries. In 1962, the leaseback expired and even though Paramount wanted to extend the lease, LIU needed the theatre for a gymnasium and then turned the lobby to a lunchroom and the downstairs for student uses. But who knew then that 54 years later, after all the theatre only lasted only 34 years. Long Live the New Paramount and thanks to effort back then when LIU management took care not to destroy the entire place. Good foresight on their account. That’s why the theatre
portion is as intact as it is.