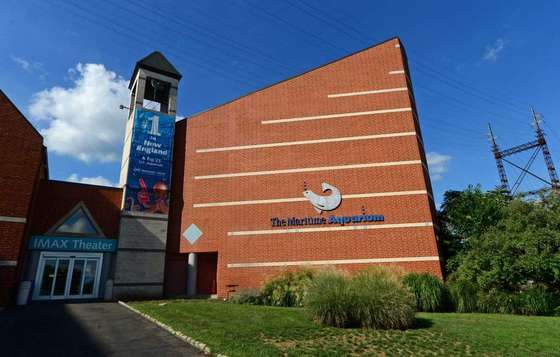 From The Hour: Standing outside the entrance to the IMAX Theater on Monday afternoon, the Rivas family of Warwick, N.Y., viewed display boards showing marine life in Long Island Sound and beyond.

Victor M. Rivas described the theater as part of the educational experience when visiting The Maritime Aquarium at Norwalk.

“We do like the theater. It’s because it’s attached to the Aquarium and because of what they’re showing,” Rivas said. “The theater always has something to offer, something interesting — not to mention my daughter is really interested in ocean life.”

A source, speaking on the condition of anonymity, told Hearst Connecticut Media that the state Department of Transportation is in negotiations to take the IMAX Theater to facilitate replacement of the bridge.

Rivas expressed surprised upon learning about the possibility.

“It doesn’t make any sense if it’s a staging area,” Rivas said. “The staging area could be moved. It could be put somewhere else if that’s the case.”

The 120-year-old railway bridge bisects the Aquarium, separating the animal exhibits from the theater. The bridge has failed to open and close properly on numerous occasions over the last two years. The DOT is moving forward to replace the bridge. Preliminary work, such as test borings, are already underway for the estimated $1 billion project that is slated to begin in mid-2018.

The Maritime Aquarium at Norwalk/IMAX Theater is Norwalk’s biggest tourist attraction. Since opening in 1988, the Aquarium now draws up to 500,000 visitors annually to its 34 exhibits with 1,200 marine animals.

Visitors come from Norwalk and throughout the region. A number of out-of-town visitors said Monday that they were unaware of the upcoming bridge replacement even as trains rumbled across the bridge outside.

To get from the Aquarium exhibits to the IMAX Theater, visitors must walk through a short tunnel. Along the tunnel walls are posters advertising a selection of movies that have played in the theater over the years.

Margie Basil, a New Jersey resident, waited with her granddaughter Mackenzie McGonigle of Norwalk to enter the 310-seat theater. Offerings included “National Parks Adventures,” “Born To Be Wild,” “Flight of the Butterflies,” “A Beautiful Planet” and “Humpback Whales.”

“I’m taking her here today to see ‘A Beautiful Planet’ at the IMAX and to go through the Aquarium,” Basil said. “We’re very surprised to find out that there might be some type of interruption because of the bridge. I am very annoyed about the whole situation.”

DOT spokesman Judd Everhart said Friday that the department is in discussions about the impacts of the bridge replacement on the Aquarium and the IMAX Theater. He reminded that both attractions are located on property owned by the city of Norwalk.

“I can’t say today when a decision will be made,” Everhart said when asked about the fate of the theater.

In an effort to keep the public informed about the Walk Bridge replacement, the DOT has created a website (walkbridgect.com) and held public information meetings. An open house was held Aug. 16 in the lobby of the IMAX Theater. The department has placed at the entrance to the theater a standing sign with small display board explaining the project.

Sigworth said the Aquarium is preparing for how the bridge replacement will impact the animal exhibits and theater. For now, it’s business as usual for visitors. He said the Aquarium is following it normal practices. As such, the Aquarium has booked movies for the theater through June 2017 and continues to market the Aquarium to school districts through the region, he said.

“If they want to start planning their field trips for next April, they know what movies are going to be playing,” Sigworth said. “You have to sign contracts with these movie distributors so we know what we’re showing into next summer.”

Sigworth estimated that about a thousands visitors walked through the doors of the Aquarium on Monday, including many children who stepped into the “Giant Walk-In Whale” or the ‘Flutter Zone’ walk-through butterfly exhibit. Both run through Labor Day.

“You get an IMAX movie with your admission ticket,” Sigworth said. “So you just basically come in and just pick which movie you want to see. Most everyone takes advantage of it.”

Story and photo gallery at: http://www.thehour.com/news/article/Aquarium-visitors-fear-potential-closing-of-IMAX-9191440.php#photo-10837696 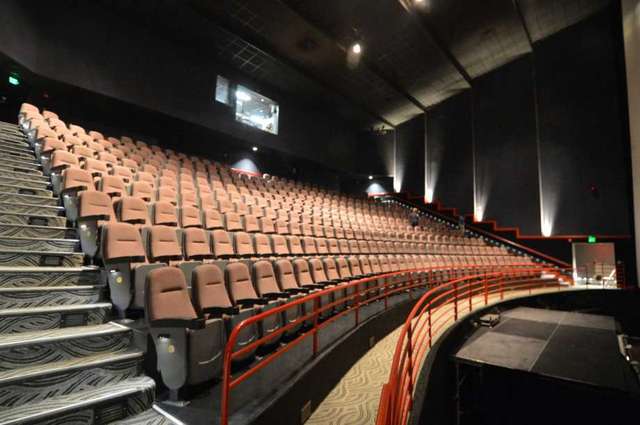