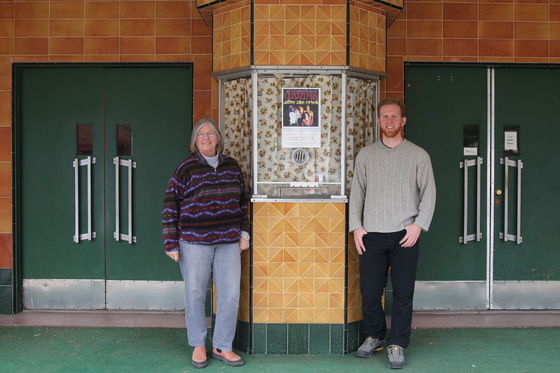 From the Herald and News: In Hollywood’s golden era, grand movie theaters sprung up in towns across the country to showcase the latest Charlie Chaplin, Abbott & Costello or Lewis & Martin laugh-fest. While the era of fluorescents, marquees and drive-ins have almost completely disappeared in favor of iMax and modern stadium theaters, a group in Lakeview are working to revive a forgotten time when the local theater was the centerpiece of small town social life.

Like most smaller communities, Lakeview once had multiple theaters and a drive-in offering the latest cartoons, newsreels, serials and double features of westerns and classic Hollywood glam. Today, none remain in operation in the area. The Marius Theater decades ago was converted into office space, and the drive-in is now a vacant lot. Yet the Alger Theater, constructed in 1940, still stands, unused except for the occasional special concert or film premiere. Its décor is reminiscent of the art-decco era with a 1940s Hollywood’s bygone sentimental era. A walk inside is a trip through time back to classic Hollywood instantly sparking nostalgic memories for those who lived it and others who have only heard the stories or seen it recreated in popular films like The Majestic.

The theater closed several years ago from its regular weekly film showings, a victim of the digital era of film distribution. Unable to afford a new digital projector once distributors stopped providing physical film reels, the owners were forced to halt business. In the time since it has reopened for a couple concerts by Blues Brothers and Doors tribute acts, as well as two special film screenings coordinated with the help of Travel Oregon and Oregon Film, but otherwise has sat dormant.

× Yet the final curtain may not have lowered on the Alger just yet. A group of citizens, encouraged by the Oregon Mainstreet Project, formed a group called Lakeview Community Partnership (LCP), aimed at revitalizing Lakeview’s downtown area. Committees were formed and projects established, including community town clean-ups, printing of historic photos to be placed in business windows, and an annual community celebration downtown called Daly Days in honor of Lakeview’s most famous resident – Dr. Bernard Daly.

Yet amidst the various smaller efforts the coveted prize for LCP to return Lakeview to its prominent past has always been the Alger Theater, many in the community dreaming of a return to its heyday when the Alger was the place to go. A plan has been set in motion through a partnership with the current owners of the theater and LCP that may in a few years bring the theater back to its former glory.

“It’s priceless, it really is, they’ve barely changed anything inside,” said Ginger Casto of South Central Oregon Economic Development District and one of the driving forces behind LCP. “We want to replace things like the carpeting, but keep it true to its original design. It’s about restoration, not replacement.”

Casto, along with Will Wright, RARE member and project coordinator for LCP, have been working extensively to bring the historic theater back to life. Community surveys have been collected to gauge interest in the project, which according to Wright has been overwhelmingly positive, as he works to establish a business plan for moving forward with fundraising efforts.

“When I first got here and talked to people about what LCP was doing I’d get somewhat positive responses, until I mentioned the Alger Theater,” said Wright. “Once I mentioned the Alger people would light up. Of all the stuff LCP is doing, this by far has the most community support. Anecdotally, it suggests we’ll be able to do something with it.”

For an isolated rural town with no active theater, the outcry to restore the Alger Theater is not only to be included in the newest film releases, but also for a need to provide a social center and positive activities for kids in a place where opportunities are otherwise lacking. Many who grew up going to the Alger as kids are now parents, wishing that their kids could have the same experience.

More than just a movie theater, the Alger has a large stage and balcony perfect for providing other activities as well. Casto and Wright see its stage and structure being able to facilitate lectures, community theater, dance recitals, swap meets, concerts, summer camps and more. Film festivals have been a popular request, both of relatively new films like the Harry Potter series alongside classic showcases of John Wayne or Hop Along Cassidy.

Casto brought in George Kramer, a historic theater preservationist, to inspect the theater in its current state. For an almost 80-year old theater it remains in remarkably good shape, especially its foundation, according to Kramer, making its future sustainable without a massive overhaul. Engineering-wise, the building is sound, though a seismic retrofit will be needed at some point. Figuring out how to make it all work financially for sustainable use though is Wright’s current task.

“Originally when the Alger closed digital projectors cost around $70,000, but the prices have come down dramatically,” said Wright. “Now they can come as cheap as $15,000, and we’re seeing a large amount of preliminary support in the community for the theater to be reopened.” Those undertaking the LCP-Alger project are crunching data with plans to begin fundraising later this summer. If all goes as hoped, Wright estimated the theater could be open again for regular business within 2-3 years.

Casto compares the project to another recently completed project to restore the Lakeview Swimming Pool. Built in 1952, it was showing its age, but the community rallied and held multiple fundraisers to have it rebuilt, accomplishing that task in 2015. Dollars also streamed in from many former residents, Casto included, who heard about the project and felt the need to give due to sentimental ties to the pool. Casto believes that once the fundraising process begins for the Alger, support from those with nostalgic memories of watching classic films there will flood in as well.

“What we’re trying to do right now is collect all the information we can to figure out costs – realistic bids for digital projectors and sound systems and lighting,” said Casto. “Groups have already contacted us wanting to be a part of it.”

Casto indicated that Kramer, who has restored other theaters across Oregon, is working on a statewide program with the legislature to appropriate dollars for historic theaters like the Alger to be preserved in small rural communities. Kramer warned her though that restoring a theater is easy, finding a sustainable business plan to maintain it is the hard part.

“We’re getting closer, but we don’t have a timeline,” added Casto. “I’m less concerned about the fundraising part of it. It’s not in a state of disrepair to where it can’t be used. We’ll have the occasional show now, but for the façade and marquee and lights to be fully restored back to their original glory it will take time. The priorities in projects like this are usually the things we can’t see like electrical and plumbing.”

Researching how best to restore the Alger to its former self hasn’t been contained exclusively within Lake County. Members of LCP have been reaching out to other similar-sized communities that worked to preserve their historic theaters to gauge feasibility of the project. They also contacted the Ross Ragland Theater in Klamath Falls for not only advice but for preliminary talks to possibly partner someday on projects.

“We want to keep listening, it’s the only way it’s going to be sustainable,” said Casto. “We’ve started to hear from people that come here and say that things downtown are looking better, people are beginning to notice that things are going on. We don’t know how long this will take, we don’t have any timelines and we don’t want to make any promises…but we are getting really close to making some major decisions.” 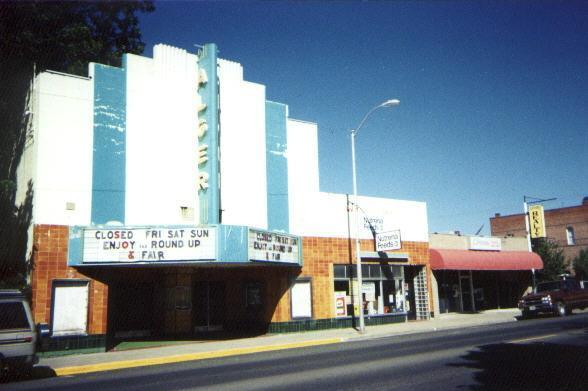 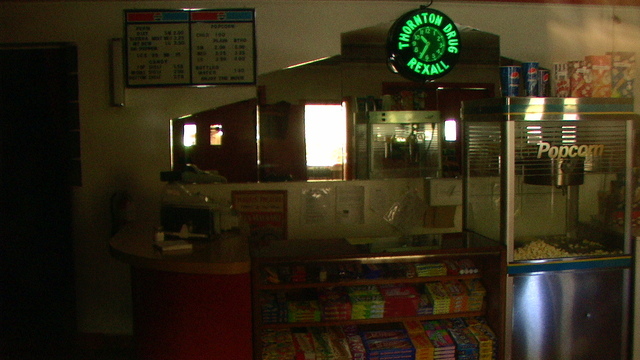