East Lansing, MI - Once home to two movie theaters, E.L. has gone decades without one 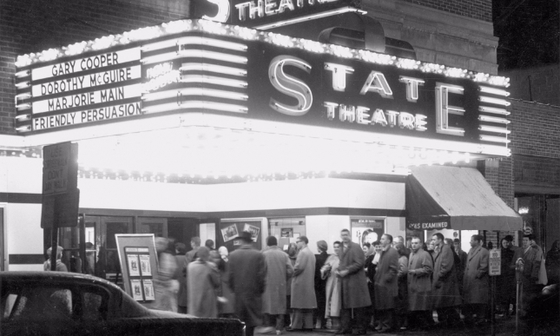 From The State News: This June will be the 30th anniversary of the closing of East Lansing’s last movie theater, the Campus Theatre, whose lobby once sat at the Grand River Avenue location that is now the textbook section of the Student Book Store.

Student Book Store assistant manager Mike Wylie grew up in the Lansing area, and he fondly remembered seeing movies like “Thunderball” at the Campus Theatre as a child.

“I (grew up) in a neighborhood with a lot of kids,” Wylie said. “You rode your bicycle down here and went to a movie.”

It has been nearly three decades, though, since anyone has ridden their bike to a movie on Grand River Avenue.

Until the 1980s, downtown East Lansing had two movie theaters: the Campus Theatre and The State Theatre, which hosted films and sometimes live performances. When MSU alumnus and Curious Book Shop owner Ray Walsh was at MSU in the 1960s and ‘70s, he said he saw films at both theaters.

“These were theaters that were built many years ago, so they were not exactly the most comfortable seats, and they had kind of stages … with screens,” Walsh said. “They were nicely put together, I mean, they looked attractive both on the inside and the outside. The marquees were quite striking because they had the flashing lights that would go on and off.”

The smaller of the two was The State Theatre, located on the site of the parking lot that now sits on Abbot Road north of Grand River Avenue. When the State Theatre opened in 1927, it was controversial among the East Lansing community and many protested the showing of movies on Sunday, according to 1991 MSU alumnus and part-time historian Kevin Forsyth said.

“The State News had a pretty solid editorial about that at the time to say, ‘Look, students are going to go into Lansing on Sundays to watch movies anyway,’” Forsyth said. “‘Why not have it in town, where you can keep an eye on us,’ more or less, is what they said. And it’s a pretty good argument, I guess.”

By 1950, when the Campus Theatre opened under its original name, the Lucon Theatre, there was no such public uproar over movie theaters. Based on his experiences growing up in East Lansing in the 1970s and ‘80s, Forsyth said the Campus Theatre was more ornate than The State Theatre.

“The Campus Theatre was kind of grander,” Forsyth said. “It had some style to it, the whole lobby area was kind of deco … it was kind of a nicer theater.”

However, both The State Theatre and the Campus Theatre were eclipsed in the 1980s by competition from multiplexes, like one at the Meridian Mall, that offered customers more choices for films and eliminated the downtimes during showings for ushers and concession stand workers. By the time Campus Theatre finally closed down for good in 1987, according to Forsyth’s website. What was originally a one-movie theater had been split into an unnatural duplex, and the theater was in a state of disrepair.

“My last memory of them was, in the summer, you would go there, and the place where you bought tickets at the window — whoever the landlord was had ceased doing repairs on things like air conditioning — they told you that it was 80-some degrees in the theater if you were going to go in and sit,” Wylie said.

Neither theater still exists today, as the State Theater was torn down in 1984 and the Campus Theater’s viewing area was demolished a few years later.

Sundance Jewelers owner and 40-year area resident Bill Yonkus said those old theater buildings could have been repurposed if they were still standing, as he said similar buildings were repurposed as concert venues in Madison, Wis., home to the University of Wisconsin.

“I think that’s what’s missing down here is entertainment venues,“ Yonkus. "I mean, other than bars if there was a place where there could be concerts and things like that, that would be the thing. And I think, you know, movie theaters — that would be good, too. But, if they want to do what they want to do down here, they’re going to have to provide entertainment for people.”

Scott Shepherd, who grew up in the Lansing area in the 1980s, said he did not remember ever attending a movie at either The State Theatre or Campus Theatre, though he said both were open when he was growing up in the area in the 1980s. He said East Lansing does not miss having a movie theater or entertainment venue, because the Wharton Center and Breslin Center fill those needs.

Ultimately, whether such a venue returns to East Lansing will depend on whether someone funds it. Walsh said he hopes to see a theater back in East Lansing one day, but he said modern technology has removed much of the value of having a theater.

“It was different because back then, there weren’t such things as DVDs,” Walsh said. “You couldn’t click on a channel on a TV — or even your handheld telephone — to view most anything. So there’s a lot more venues now to change everything. We don’t sit around the fireplace and listen to radios either, you know?” 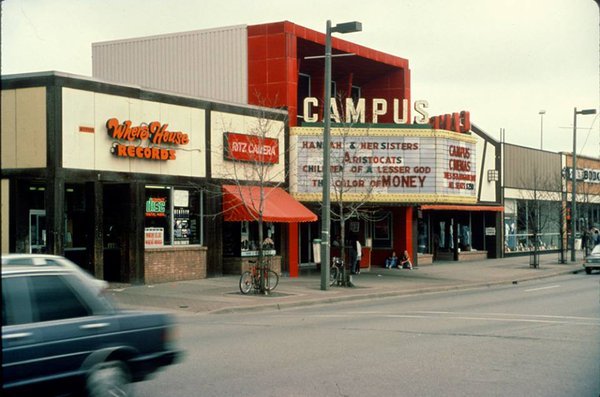 I remember seeing “Return of the Pink Panther,” followed by a DePatie-Freleng “Dogfather” cartoon short called “Saltwater Tuffy” (it was an all-United Artists program), at the Campus in July 1975, when I was 13.