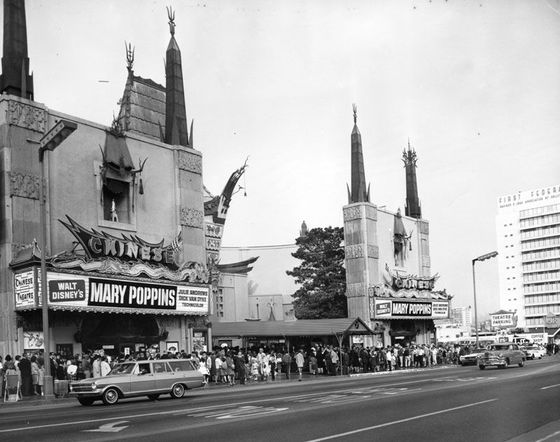 From Curbed LA: Today marks the 90th anniversary of the day Hollywood impresario Sid Grauman opened his Chinese Theatre, which would become the most famous—and arguably the greatest—movie theater ever constructed.

As a recent LA Times profile explains, the extravagant theater was constructed at a hefty cost of $2.1 million on land that Grauman didn’t actually own. The showman, who also developed Downtown’s Million Dollar Theatre and the Egyptian Theatre just two blocks east of the Chinese, leased the land on which the iconic theater sits from silent film star Francis Xavier Bushman, who owned a mansion on the site.

The building was designed by architectural firm Meyer and Holler and represents an Art Deco-influenced (and shamelessly exoticized) reinterpretation of a Chinese temple. The theater’s facade is framed around a 90-foot tall pagoda topped with masks and flanked by imported artifacts from China, such as stone figures and temple bells, as LA Conservancy notes.

The theater’s most famous feature, the Forecourt of the Stars, is as old as the venue itself. Screen icons Douglas Fairbanks and Mary Pickford were the first stars to preserve their handprints and footprints for posterity, according to the Times. Though the two actors wrote the theater’s opening date in the concrete, however, the prints were actually made a few weeks earlier in advance of the venue’s first big premiere (Cecil B. DeMille’s biblical epic King of Kings).

Now named after Chinese electronics manufacturer TCL, the theater recently underwent major renovations that equipped it for IMAX screenings. And 90 years after opening day, it’s still the place to beat for star-studded red carpet premieres. Here’s a look at the historic venue over the years.

Link to the story and photo gallery: https://la.curbed.com/2017/5/18/15658740/chinese-theatre-pictures-grauman-tcl-history-hollywood 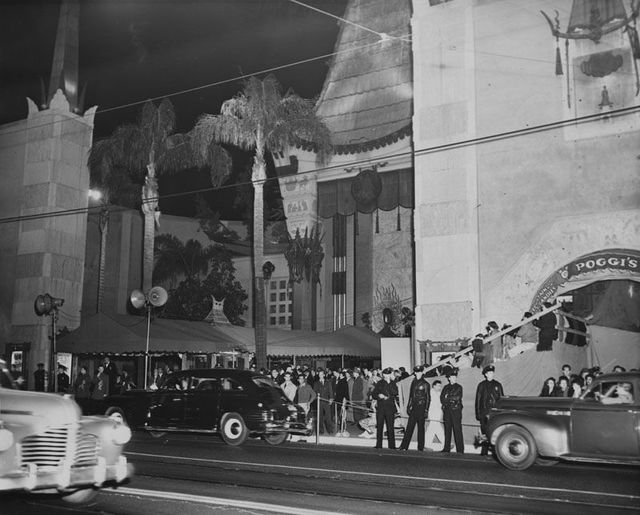 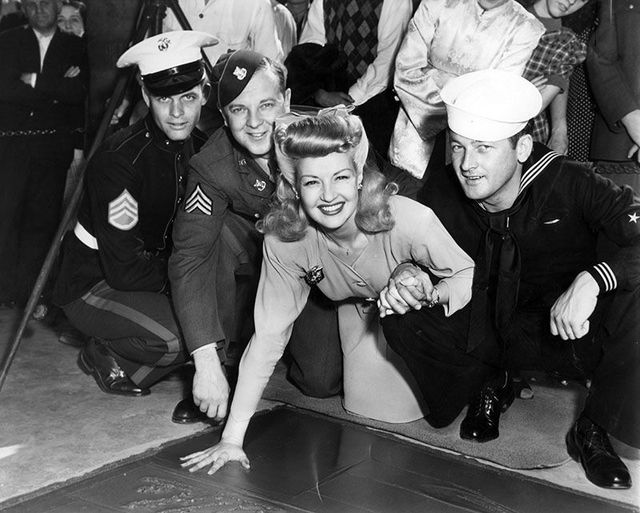 I remember that when the world was celebrating for freedom https://www.webhostingscoupon.com/75-off-hostgator-discount-code.html you can use freely.