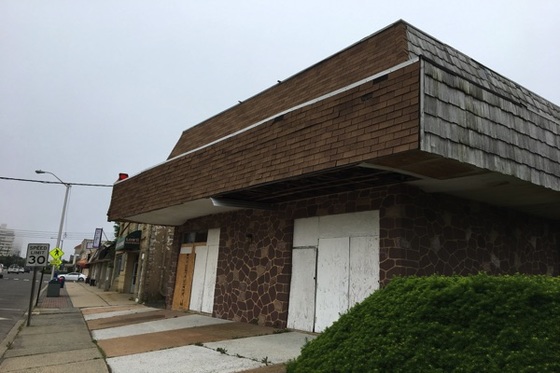 From WordOnTheShore.com: The owner of a large block of West End which includes a vacant movie theater and several stores has begun the process of preparing the structures for demolition.

Long Branch Business Administrator Kevin Hayes said the owners, Chabad Of The Shore, a non-profit religious and educational institution currently located at 620 Ocean Ave, has hired a licensed contractor to perform asbestos abatement on the theater and any of the buildings that require it.

Once the abatement is complete, Hayes said he expects the owners to submit a demolition application to the city within the next two weeks. The city’s construction official will review the application and if all goes well, demolition could begin shortly after July 4.

Chabad Of The Shore has been given approval to build a mixed use project which includes retail on the first floor and religious uses on the second and third floors.

The building’s first floor will include space for seven retail stores, including what could be a restaurant in the northernmost portion. The types of retail stores have not yet been decided, and Chabad’s attorney, Stephen Tripp, said there are currently no limitations as to the type of businesses that will be allowed, as long as they are accepted uses in the zone.

Onsite parking will be provided to the rear of the building, and will be accessible via West End Court and Brighton Court. The lot will have 94 parking spaces that can be shared with surrounding neighborhood when they are not being used by the Chabad for special services.

The C-3 West End Overlay District allowed Chabad Of The Shore to apply to planning board and not the Long Branch Zoning Board of Adjustment, which denied the group’s previous plan, which did not include retail on the first floor. The zoning overlay allows houses of worship to be placed not he second floor as long as a portion of the first floor contains retail.

Chabad of the Shore applied to the Long Branch Zoning Board of Adjustment in 2012 to build a two-story building containing a 200-seat sanctuary, a 200-person capacity multipurpose room with a kitchen on the second floor, and five classrooms, office space and a room for religious services in the area of the old movie theater, West End Deli and Bagel and Lou’s Uniforms in West End.

That board’s denial of the use variance in 2013, caused Menachem to sue the city later that year. The litigation was dismissed as the city and Menachem worked together to create a new plan that was acceptable for both sides. 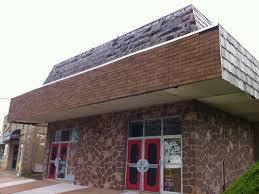