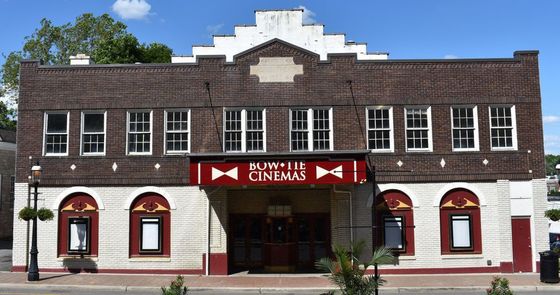 The representative, who spoke on condition of anonymity, declined to comment on why the chain stopped leasing the space in the theater.

The building housing the theater was listed for sale in September 2015 and sold to the Parsippany-based Saxum Real Estate Group in February.

The chain had leased the space since 2013, when Bow Tie acquired most of Clearview Cinemas’ theaters from Cablevision, including the Madison theater. The company operates theaters in New Jersey, New York, Maryland, Connecticut, Colorado and Virginia. The company did not return a call for comment Friday. The theater housed four movie screens, including two with stadium-style seating.

As for the building’s future, the Saxum Real Estate Group representative said the building’s owners are “reviewing the site to determine the highest and best use” of the space.

The news came as a surprise to Mayor Robert Conley, who said he learned about the theater’s closing on Tuesday, May 30, from residents who saw the movie posters on the front of the theater being dismantled.

“It was showing movies on Monday and closed on Tuesday,” he said.

The mayor added that employees informed families who had booked birthday parties at the Madison theater this month that their parties would be accommodated at Millburn Cinemas.

He remarked that the theater “has been part of generations of Madisonians’ lives.”

The mayor said he recalled seeing the Disney movie “The Sword in the Stone” at the theater when he was 5 with his older sister, Betsy Conley Fitzgerald. He also saw the Beatles flick “Help!” there when he was 9.

“I saw that movie six times over a month,” he remarked. “Our family was into the Beatles at the time.”

The movie theater building dates to 1925 and was the second movie theater built in Madison, according to the mayor. The first was built in the early 1900s at the corner of Central and Cook avenues. The site is now home to Flies and Honey Hair Studio.