Los Angeles, CA - Historic Westlake Theatre next to MacArthur Park is for sale 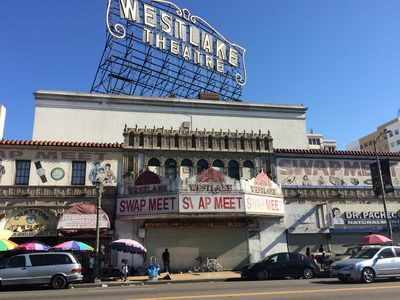 From CurbedLA.com: Once poised for a revival and a mixed-use makeover, the landmark Westlake Theatre is now for sale.

The seller? CRA/LA, the successor agency to the defunct Community Redevelopment Agency of Los Angeles, which was dissolved under a 2011 state law. CRA/LA is tasked with winding down the business of the former redevelopment agency, and it’s looking to unload the historic venue—recognizable for its steel-framed rooftop neon sign—after failing to find a developer willing to partner on the redevelopment.

In 2016, it issued a request for proposals to rehab the theater and possibly build affordable housing and retail on four neighboring parcels. The goal was to make the area “an attractive regional arts and culture and entertainment destination … while offering employment, housing, education / institutional use and other services.”

But the request for proposals went unanswered, says Jimmy Chai, a broker with the real estate firm Cushman & Wakefield, which is marketing the property for CRA/LA.

“No one wanted it. There were too many covenants,” he says. “Now the CRA is just outright selling [the theater] just the way it is.”

The listing highlights the theater’s location next to a subway station, and advertises its potential to become a retail hub, creative office, or night club. It also notes its proximity to Downtown LA: “With over $25 billion in redevelopment transforming Downtown Los Angeles, many of Downtown’s and the Wilshire Corridor’s former theaters are now home to popular venues and retailers such as the Theatre at Ace Hotel, Urban Outfitters, COS (H&M), and CVS.”

The venue fronts MacArthur Park, an area that prior to WWII, had been quite posh. Born to show live vaudeville acts and big-screen films, it opened in 1926 and operated as a theater for 65 years. More recently, it hosted a neighborhood swap meet. 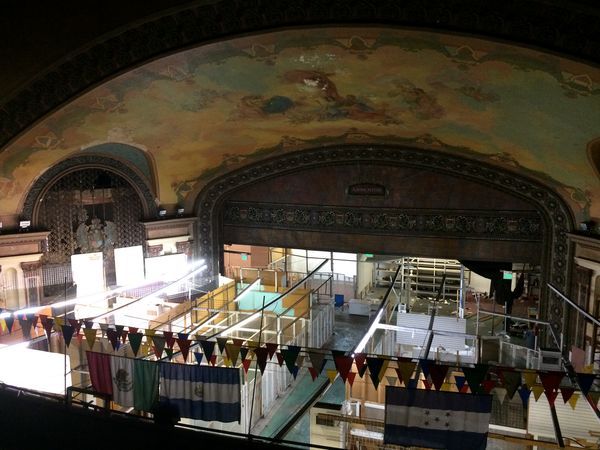 Enter to Set for Life 20th Anniversary Contest at [url=https://www.sweepstakesnew.com/set-for-life-20th-anniversary-contest]www.setforlife.ca[/url] Spnsored by BCLC. in which you have a chance win Cash prize.

Enter to Set for Life 20th Anniversary Contest at www.setforlife.ca Spnsored by BCLC. in which you have a chance win Cash prize.

The older, the more expensive. I think someone bought that and it’s now beautiful and elegant. Scott | staff at South Jordan Tree Service https://www.southjordantreeservice.com

Ipsos Vehicles Experience Survey give you a chance to Win Validation Code. You can join by www.ipsos-vehicles.com survey

What does Westlake Theatre look like now? I’m a bit curious.

These is such a great article, very interesting. Thank you for sharing this informative and interesting post. https://www.affordablelectricians.com.au/electrician-mooloolaba.html

This place is awesome. Would love to visit here. Concrete contractor

I wonder how it looks like now or what establishment has been built here.

Thanks for sharing this awesome information. survey company Noblesville Indiana