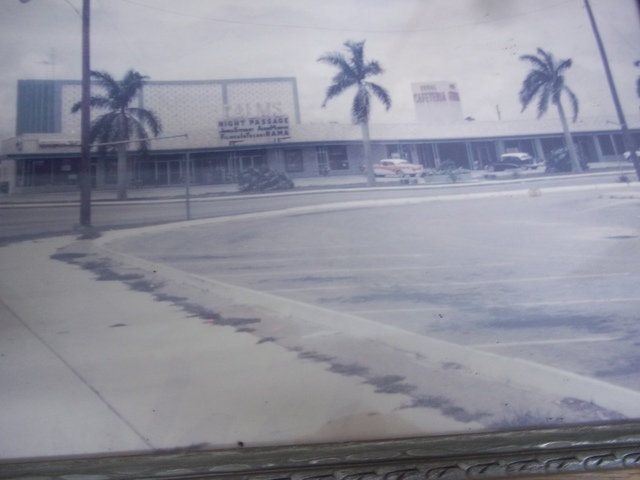 This photo taken when the theater was the Palms was on display at the Historic Homestead Town Hall Museum.

Today the protrusion from the building’s roof that in the photo is to the right of the theater and says “Cafeteria” is still there and now says “Palms Plaza“, but the theater portion of the building has been replaced by a parking lot, verifying that the Palms/Homestead has been demolished.