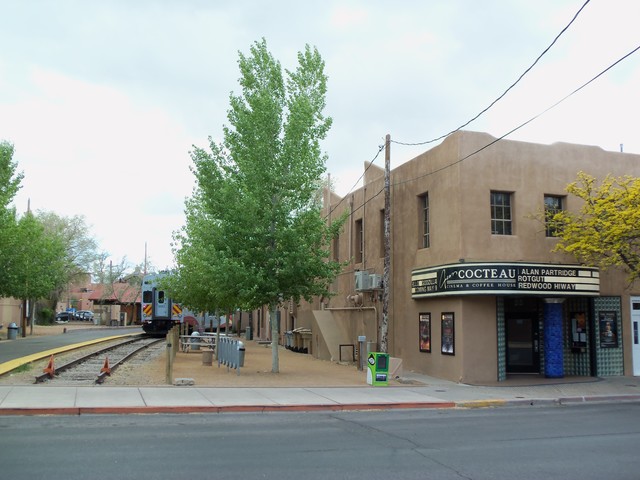 I enjoy the way the railroad tracks used by the Rail Runner Express commuter train end right next to the Jean Cocteau.

A moviegoer could probably take the train up from Albuquerque, see an afternoon show, then walk several yards back to the historic train station behind the theater and catch a train home.