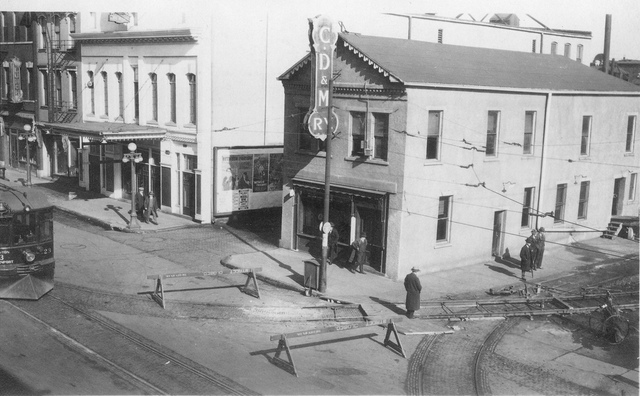 Located on Perry Street between 2nd & 3rd Streets, the depot for the Clinton, Davenport, & Muscatine Interurban Railway served many customers between the three cities.

Here, a crew is laying new track as a trolley car passes by on February 5, 1925.

The Liberty Theater was next door, showing the silent film “Between Friends”, starring Anna Q. Nilsson.

All of these buildings are gone and the RiverCenter south hall occupies this site.