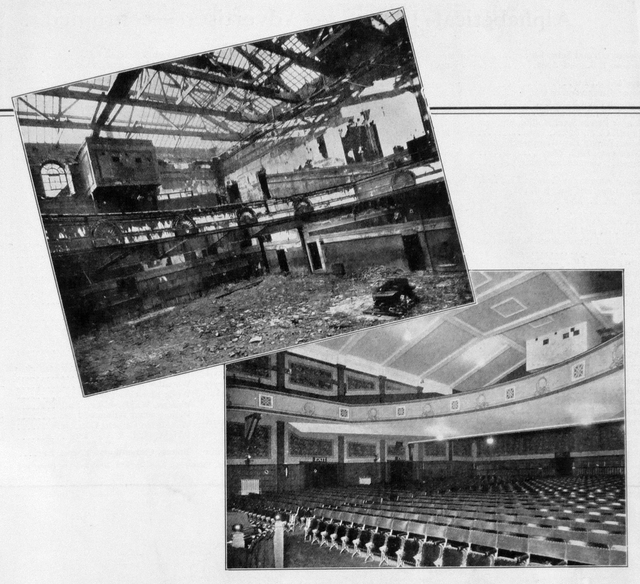 From the cinema supplement to The Architects' Journal 13 November 1929, these photos show the ‘before’ and ‘after’ of a catastrophic fire at the Rialto.

The ‘before’, fire damaged, photo shows an arched window at side of the projection box (literally a box and clearly an addition) which possibly indicates that the building was a conversion (the Temperance Hall?). The church beyond the cinema is visible through the window.

The photos are as arranged in an advertisement placed by a manufacturer who claimed his electric cables presented no fire hazard. It rather implies the source of the fire was a faulty cable.