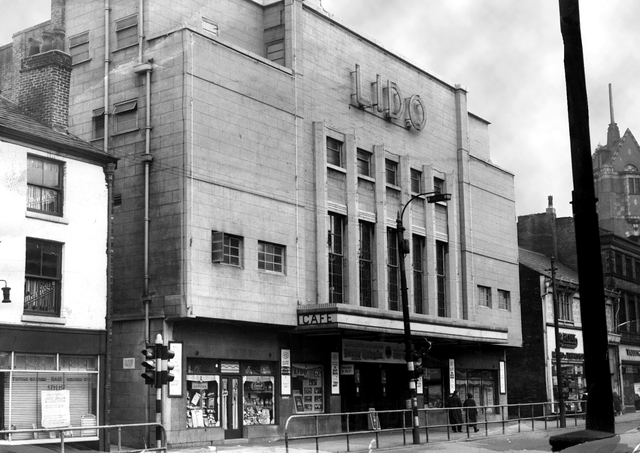 Strangely, in this photo someone has blurred the titles of the two feature films in the display over the entrance. However the nearer looks like “Devil’s Hairpin” with “VistaVision” beneath the title. That film was released in 1957. Leslie Halliwell (son of Bolton) in his famous Film Guide doesn’t give the film even one star.