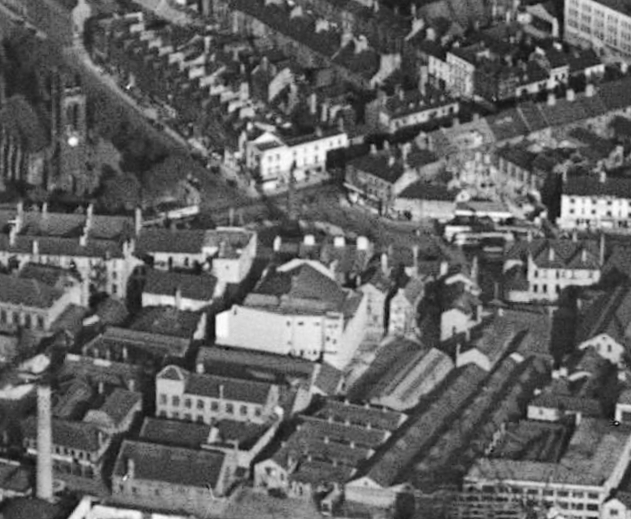 Part of a 30 July 1937 aerial view of the Haymarket which captures the auditorium and stage elements of the cinema. The three (white) chimney stacks on the building at the Haymarket tally with those seen in the ‘Overview’ photo.

Street views of cinemas rarely convey anything about the scale and layout of the building. Aerial views tell a lot.