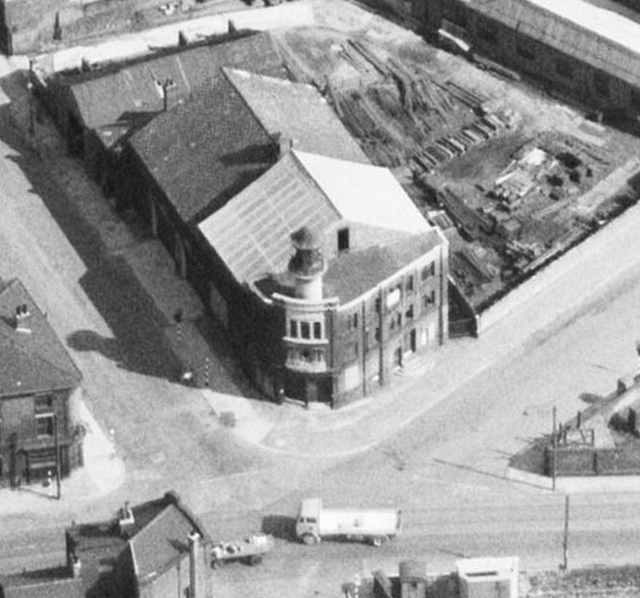 17 September 1951: the Rutland Picture House at the meeting point of several streets. It’s now being put to industrial/commercial use. Down the left of the building the pavement has a wide ramp from the road to two loading bay doors in the auditorium wall. The rear of the auditorium has clearly been re-roofed. The lighthouse feature still looks original with no signs of repair. The photo also shows there was an exit alley-way down the right of the auditorium. Some windows at street level have been bricked up.