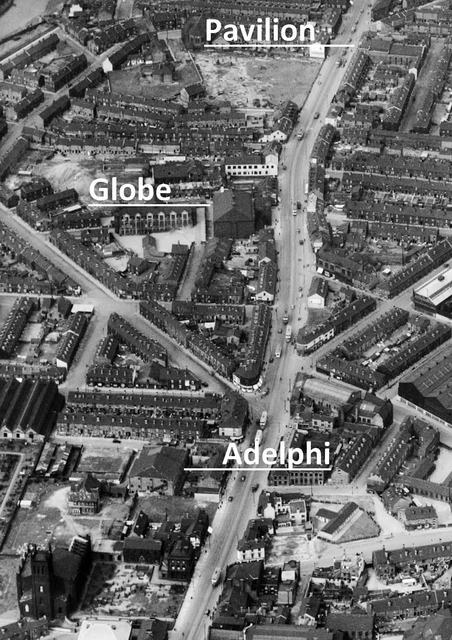 15 May 1947: Attercliffe Road to Attercliffe Common Road winding up the picture. The photographer caught the concentration of cinemas in the area.

The Pavilion is near the top at numbers 114-120. Beyond it are numbers 122 and 124 then the Salutation public house which is on the corner of Coleridge Road going to the right (still there, 2014).

The Globe is between numbers 15 and 33. Which is now the site (2014) of Amberley Garage whose address is 17-31 Attercliffe Common Road. The site is exactly opposite the junction of Fell Road (still there, 2014).

Unlike the other two, the Adelphi is still there on Vicarage Road (2014) but there is no direct vehicular access to the main road.