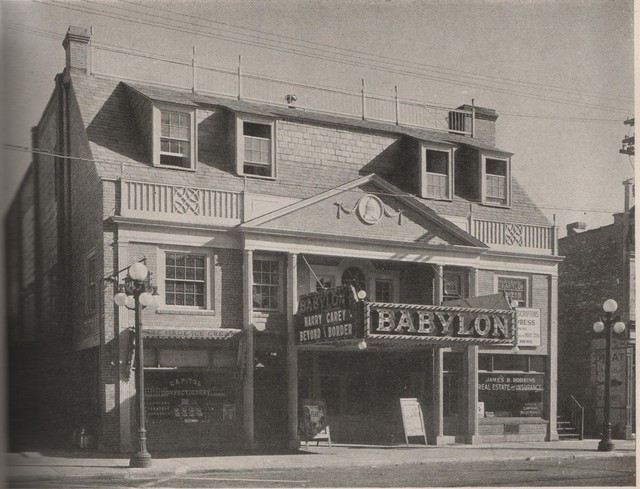 The 1925 photo posted by Ken Roe shows the Bablyon with a very “home town” facade. This is a far contrast to the current modern one.

This cannot be a June 1925 photo, the theatre opened as the Capitol at that time. There was already a Babylon on Deer Park Avenue. The Main Street theatre acquired the Babylon name after the Deer Park Ave. Babylon closed somewhere in 1930 or so.. If you look at the decorative cameo “a Capitol building” henceforth the name Capitol Theatre. This façade burned to the ground and was replaced with its' current façade & neon VERTICAL sign. The red walls around the building survived the fire. “Beyond The Border” was the feature which would date the picture to the year this photo was taken.

BEYOND THE BOARDER RELEASED MARCH 2nd 1925 BY PRODUCERS DISTRIBUTING COMPANY,DIRECTED BY SCOTT R.DUNLAP.