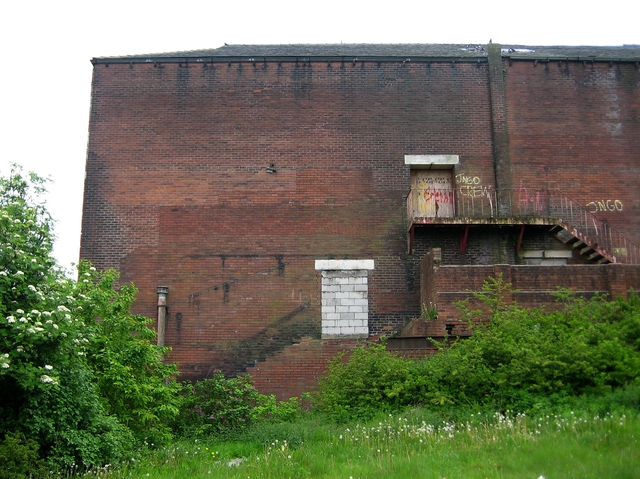 This view shows the north wall of the building, the left flank wall of the auditorium. Three exits are visible.

The highest, opening onto a cantilevered platform and metal stairs, exits from the front of the circle. Beneath and to the right of it, under the stairs, is the exit from the cross aisle in the stalls. These two exits feed people to the right.

The third exit fed people to the left. It was located on the left side aisle of the front stalls. By contrast, on the far side of the front stalls the exit was through a door to the right of the stage followed by a right turn into the street. The symmetrical arrangement on the left of the screen would have resulted in an exit door to the left of the flue (in the photo) and slightly lower than the blocked up exit. To reach ground level, stairs would have had to take people to the right and then direct them back to the left. Placing the exit where it is kept people moving in the same direction; to the left, to the street.

Plans don’t confirm what the vertical feature is to the right of the circle exit: the boiler flue, perhaps.