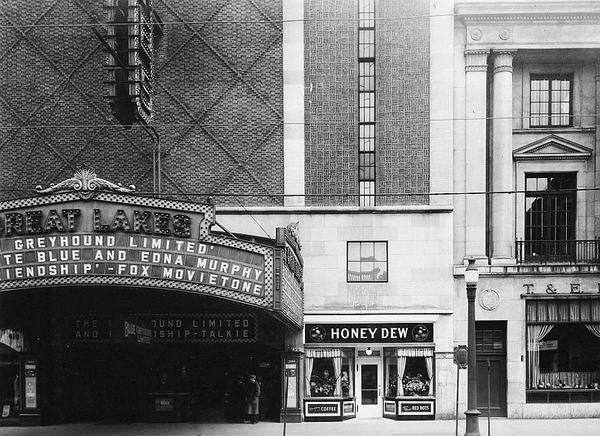 Correction: Although the Theater itself was demolished the Ticket Lobby, and the stair hall to the mezzanine along with the ticket booth (shown here) remained intact behind plywood hoarding . In 1981 the ticket booth was removed and later turned up in a restaurant next door to the Buffalo. The lobby chandelier, mirrors, transom glass all went about the same time