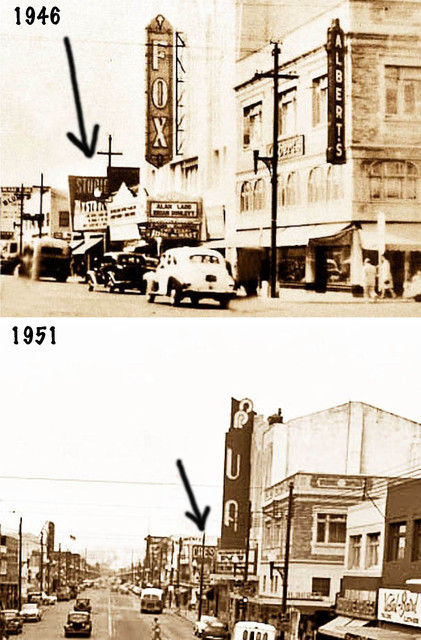 Somewhere along the line since the grand opening, possibly during it’s June 1943 upgrade, the Studio received a new sign and marquee. You can see part of it in the top photo. The bottom photo shows that the Studio had become the Crest just as the Fox had become the UA by 1951. The Crest’s days would have been numbered by then.