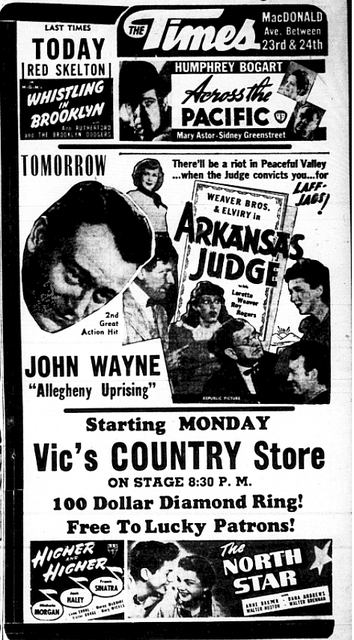 Newspaper ad for the TImes from the Richmond Independent dated August 5, 1944. Like the Studio and Rio downtown the Times was operating with a daily change of program policy at the time, only difference is the TImes was not open all night as the other two theaters were to appeal to nearby shipyard shift workers.