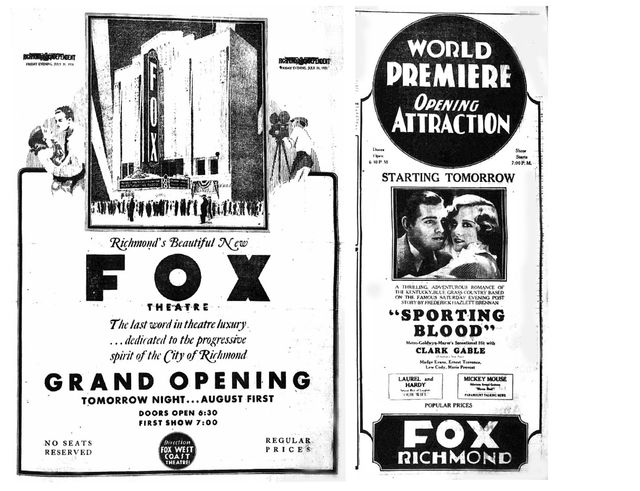 Fox West Coast Theatres got started by purchasing the established West Coast Theatres chain in 1927. After a temporary closing and extensive renovations Fox West Coast reopened the former California Theatre as the Fox Richmond on August 1, 1931. The Fox was the third name for the theatre in a decade but it would last for the next 19 years until it received it’s final identity as the United Artists in 1950. Newspaper ads from the Richmond Independent.