The Point Becomes the Cine 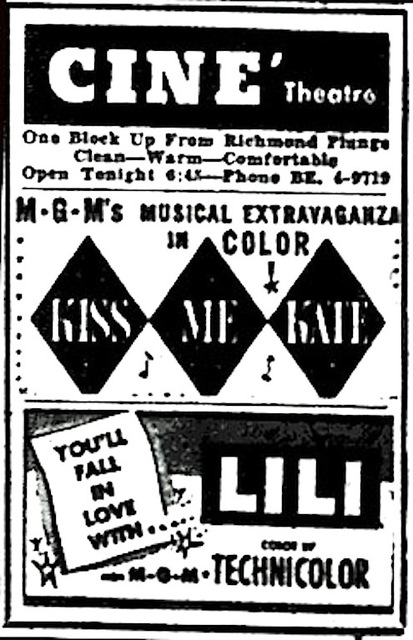 After being closed for a while the Point re-opened as the Cine Theatre. Programming was second run, reissue and art house fare. This MGM musical double feature from 1953 played in January 1956 at the Cine. Newspaper ad from the Richmond Independent.