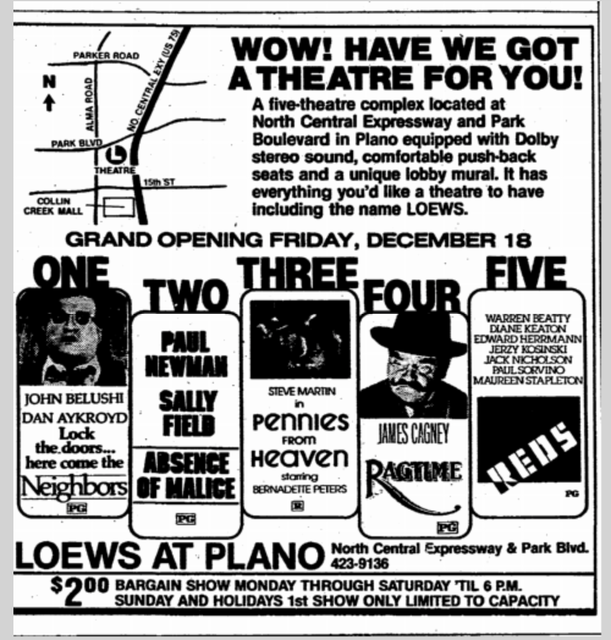 The December 18, 1981 grand opening of the Loew’s at Plano. Within a year the theater would be named the Loew’s Chisolm as the 75-acre area at North Central Expressway and Park Blvd. became known as Chisholm Place. Also, with Loew’s opening another Plano multiplex, this was a good concept. The theater ostensibly stayed open for a 20-year leasing cycle.