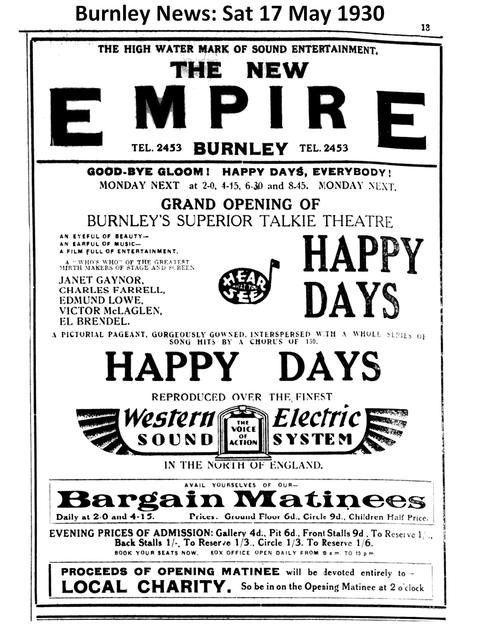 Saturday’s newspaper advert for the first film, a talkie, to be shown at the New Empire.

Note the prominence given to the Western Electric sound system. Clearly Burnley cinema-goers were wary after the installations at the Pentridge (the first to go ‘talkie’) and the Imperial (the third to wire for sound).

The first show was Monday 19 May 1930. On Wednesday 21 May there was a letter in the paper from someone pointing out that the prices has been increased since the Empire’s owners had first advertised the opening of the cinema. By Saturday 24 May, the newspaper had several letters on that theme; some pointing out that Burnley’s prices were higher than in other towns.